After the latest update, the fully serviced planes at my airport are no longer pushed back for take off and seem to be stuck at the parking aprons. 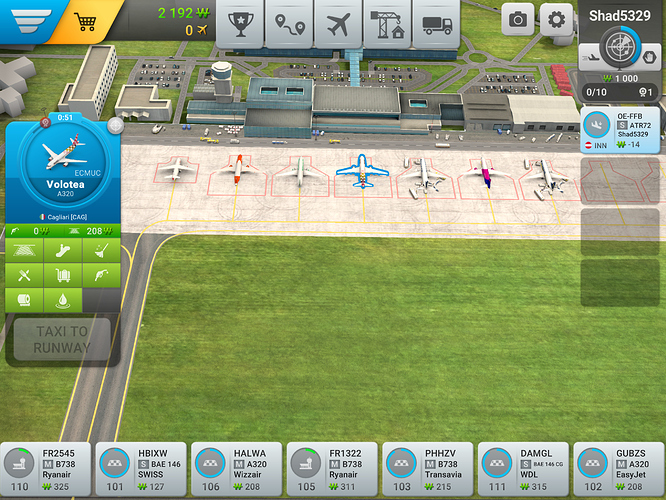 Hi Shad. This issue has appeared for everyone after he new update. Planes from before the update can not pushback. A hotfix has been launched. What device do you play on? I already got it on Android but ios might be a bit delayed

Yup, the second one fixed it for me as well.

Still bugged for me. I’ve got 5 aircraft just stuck at that gate. iOS

Deleted the app and restart. I’m running IOS also and this happened to me twice. Both times I uninstalled and reinstalled and it went back to normal.