They do not, only the passenger ones do

Achievement for B462 planes isn’t working. I’ve landed and successfully handled almost a dozen B462 planes but the achievement tally is still 0/75.

You may have checked this already but have you been handling B462Fs instead of the pax ones?

Thanks! I didn’t see those planes, just the Fs. You made my day. 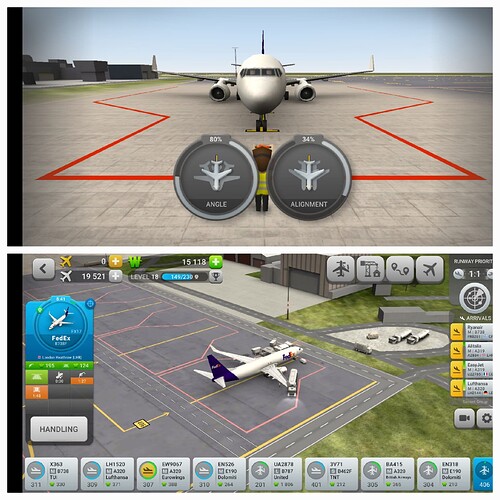 That’s present at all airports, the stand lines represent the size plane that is parking and not what is actually there and sometimes this too

I think @randomegyptian is talking about the ground textures.

Hello WoA Devs Team! So when I am playing World of Airports and the Bedtime mode turns on (automatically at 22:00 / 10:00 pm) the area that I have marked becomes black or transparent. Well you can’t really see it on the screenshots, but I couldn’t really take a screenshot when the “bug” appeared. So those are the best screenshots that I took. By the way I don’t really think that this kind of issue or well, “bug” appears in other games or apps. And I am also not sure, if it’s a bug or not but I presume it’s a bug.

Can somebody please respond to my bug report?
Hello @carlsberg72 @moderators

Oh, well thanks for letting me know.

And by the way. Do you know, if it will be fixed?

Probably yes, I have no clue it’s up to the devs

Managed to get this camera angle after clicking to watch a special arrival, after already viewing another aircraft taking off 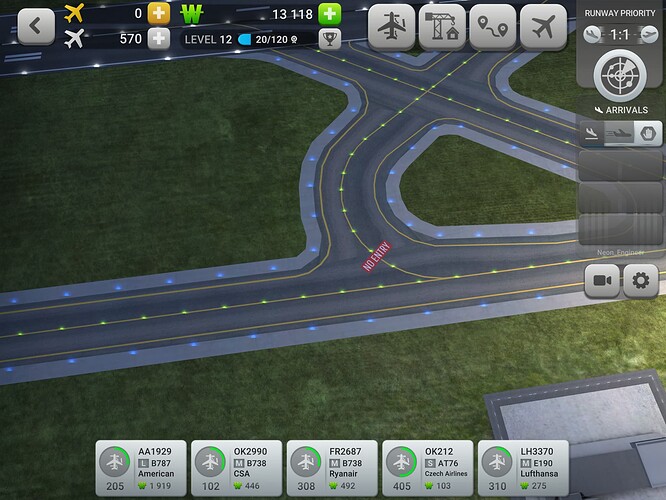 For some reason my B777 went into the L stand from the other direction, it works normally, just a small visual bug