When it comes to the colors, yes. But the triangle livery mainly reminds me of etihads livery

Probably my luckiest shot so far, first arrival of that CRJ700 onto my fleet, on sunrise while an BAE 146 F takes off with the sun behind: 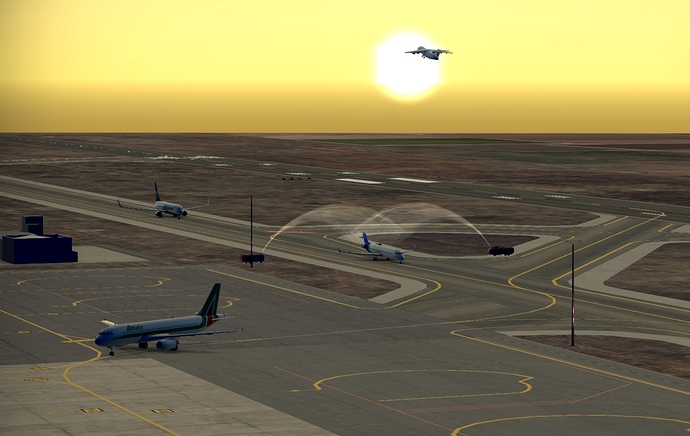 My biggest milestone In BRI since getting my first 787, first concorde @JWKIII 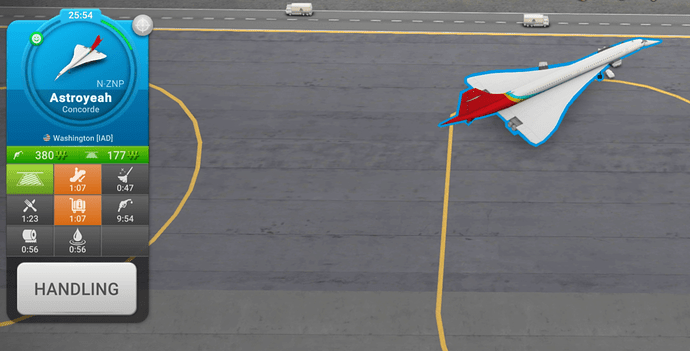 Oh yes ! That was a nice surprise for me, too ! Thank you ! Changing the name to Astroyeah, as in the game… 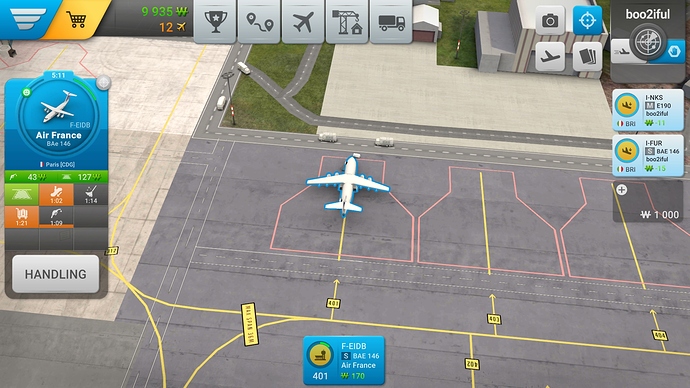 Actually rather a bug… but funny to have an AirFrance pax plane handled on a cargo stand.

Oooh nice. It happened to me at INN. Didnt know it also happened in BRI

What a beautiful painting, of all the most beautiful so far, simple and original congratulations @burzanalthani 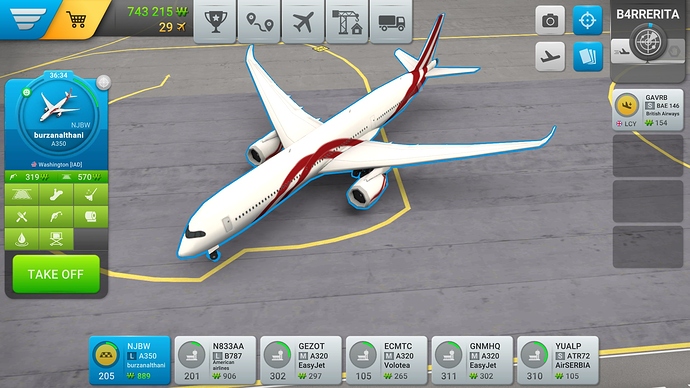 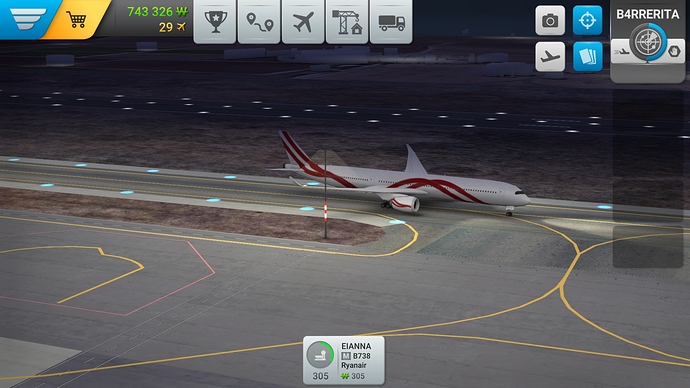 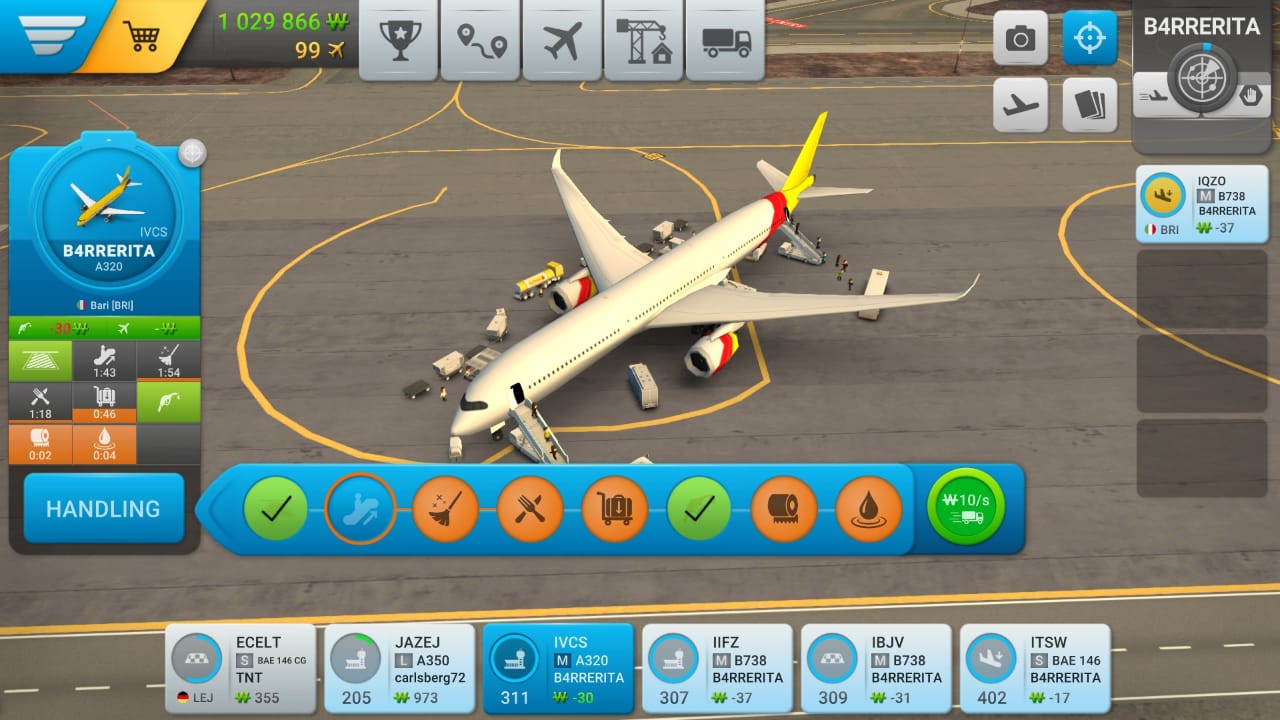 Good morning my friend @carlsberg72 beautiful colors of your planes 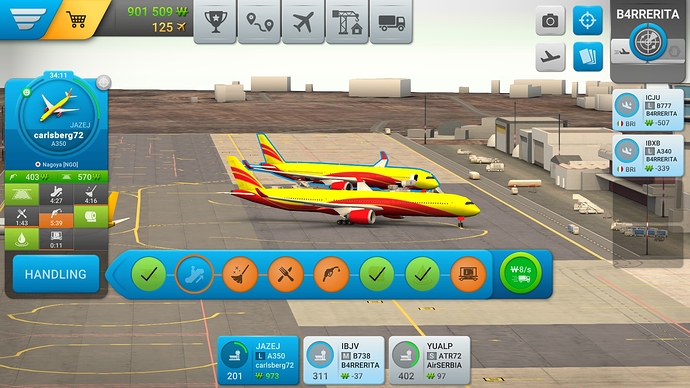 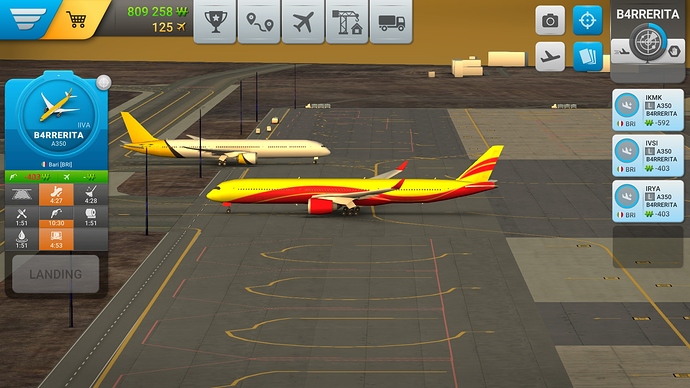 I tried a new version of British Airways colors, which actually I think they should try as it looked awesome for them, but I love this way more…

@carlsberg72 You could probably suggest this livery to Iberia

true, it would look pretty impressive. It’s actually modeled on the now defunct airline Virgin sun… my 320’s almost look like a carbon copy of them

It is, how interesting.

Commemorating my 1.000.000th passenger at BRI. The @Ivan0921 fleet coming out in full force. @LawskinTheImmoral can you spot your 3rd arrival into BRI?

Wow, That is a lot of BAes, that livery pops and I mean it!

Thanks! I eventually plan on getting another 4. One for every stand