Bunch of bugs fixed and the advanced E190 also released.

Looks like we can say “goodbye” for Fuji Dream Airlines. Hopefully not for long, as it may be restored on E-175 series.

When I send planes to my connection partner and keep playing I can’t send the next planes to his/her airport after they’ve been sent back.

I have to go out of my airport and back in to make it work.

This problem is still around in the latest release. And not only for connection partner planes.

It’s still there, and they still arrive at NGO. Just not showed in the hangar. 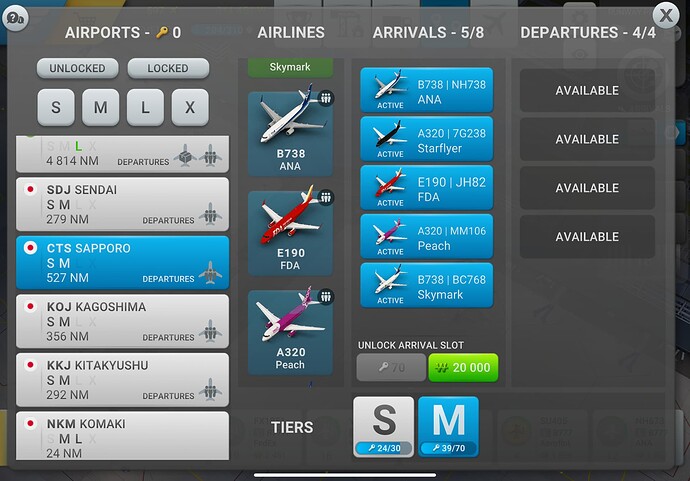 Thought that with advanced model FDA will get back to real aircraft type operator. However, maybe someday that also will become true.

Was it released for Google, cause it’s not showing for me

This time I tried it via DM in Instagram. Maybe I got their attention now. 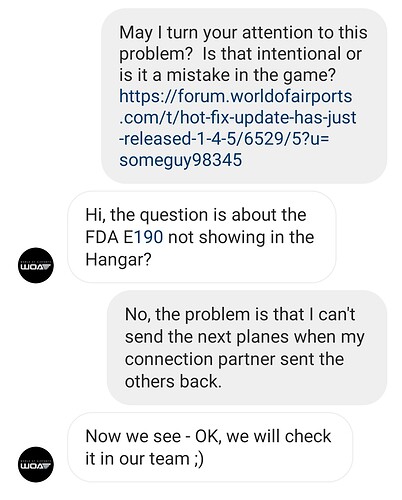 The Virgin Atlantic and Azerbaijan A340 livery bug still exists. I just got another bugged Virgin A340 (Couldn’t take screenshot because my app crashes when I tab out.

Check that the arrival is an A346 in the manager, mines showing that it is and I’m fine

Still waiting for the bug with the timings to be fixed