Money lost on disconnected, when a plane is ready to taxi

A plane was ready to departure/ requested taxi clearance. I had plenty of time left. Before I could clear it, the connection was lost. When I returned seconds later, the plane was shown with a red circle, already received the clearance but I did not get the money. It definitely did not reach it’s time limit. Instead of waiting for a disconnect at the right moment, the problem can also be reproduced going to the menu and back.

After moving back to main menu (or disconnect event) certain amount of time is added hence thats not a bug it works as intended.

I also had this multiple times in the past. As the menu button does not pause the game it happens every once in a while that in the time it takes me to click menu and “back to main menu” a plane becomes “ready for departure” and when I come back it is immediately fully red. Same happens upon unintentional disconnect. I understand that you don’t want players to just collect ready for departure planes but for me this has led to multiple 0$ planes without my fault (random disconnect or just regularly finishing playing).

It’s a bug. Money stuck on 0, no fee given for departing planes on time. Never refreshed not even after other planes where cleared for landing.
Attached screenshots. 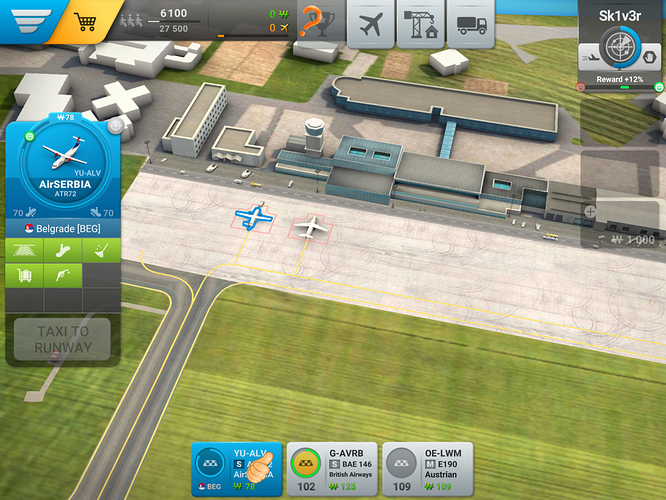 @M4ktub Will place that on fix board for checks. Thanks.

Restart game and money should be back. I was told its fixed now.