In my opinion is a bit of a shame that there are 2 runways in Prage airport but only one is used, it would make everything more dynamic if both runways were operative.

Prague had 3 runaways where 2 are used. 1 that you know and the other you can send 50 dollar plane a little runaways. The second long runaway is not used

In the real Prague Airport the second runway (30) is used at weather conditions that make it impossible to land on the standard runway (24). And then only this one is in use.

I believe it was mentioned in a post long ago… that it will be difficult from a programming perspective to activate that second runway.

On the existing version it’s never going to happen, devs have made that clear numerous times. There’s a reason why the Facebook group is called “Cult of the 2nd Runway”

However when they complete the PRG2035 version that will have a new runway separate from the old ones so you will be able to have 2 running. 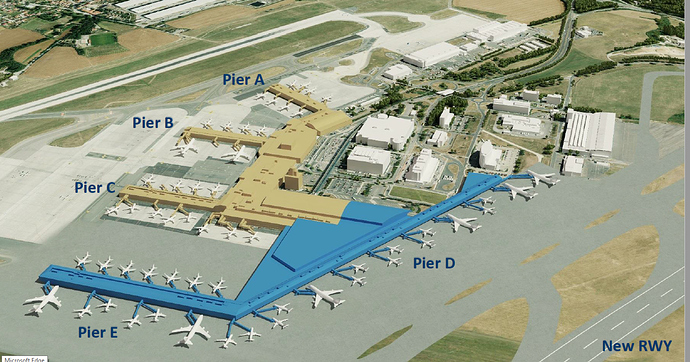 
The PRG 2035+ will have two runways.
I will like it if it is like a little minigame where a plane stops in front of the runway when they come off the runway which is already being used (M, L, X planes ).That plane will stop and we have to click a button for it to go. In the other side where a plane lines up and wait’s until we press the button for it to take-off so there will be no crashes.
1 Like