Good afternoon, there is no way to make a Hangar or at least one remote area to leave parked aircraft that we do not want to send to any destination at the moment, instead of selling them, PRAGUE type I have 6 X planes and 6 L planes, and only 3 bridges for them to park.
Due to the time zone of some places I can leave them to send at times that I know that my connection partner will be able to receive it, if I don’t get stuck, just like this screen
not to mention that we got stuck because no smaller plane lands until the giant X and L planes land 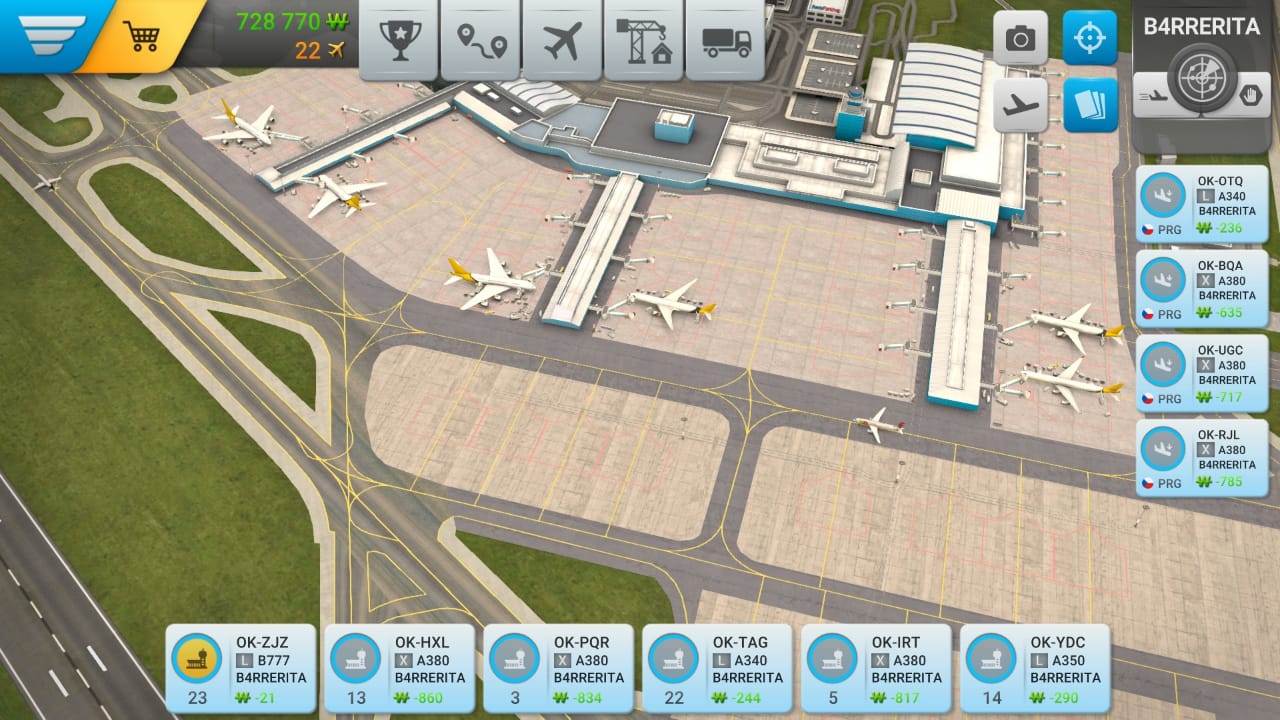 At Brazil Guarulhos airport for example we have this area here 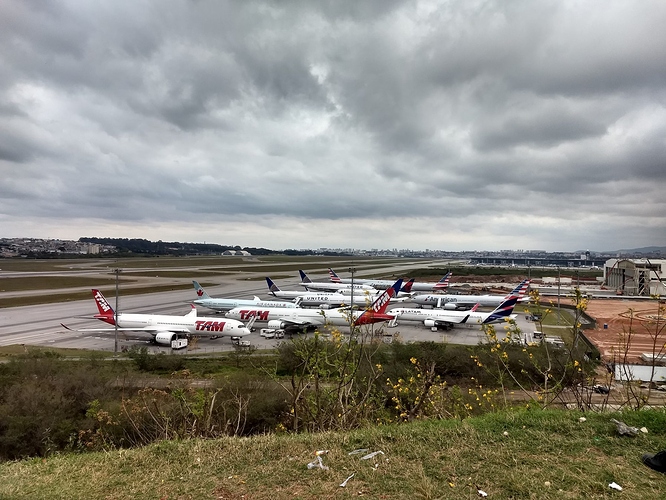 Its a great idea, i would love to have it as well but i unfortunatelly dont think it will be implemented.
Also now that you mention hangars, you raised an intresting question. When the ability to own your own maintenance hangars is implemented where will they be placed? Somewhere on the aiports or for example it just says that you have a hangar at FRA where you send planes?

Good question friend, in my opinion the correct thing is to have a hangar at the airports we play in, to see our planes parked in them, maybe put a first stage where it has the capacity to have 2 planes X and 2 L 4 M 4 S, and gradually expanding up to a limit of 15 aircraft serviced.

just one example, more remote area should be urgent.

Well, combined bridges will be implemented (soon?). Than you can service X and L planes at the same bridges.
So when that is implemented, in this particulairy case, you only have to send one or two planes to another destination to free up a landing slot for smaller planes.

Yes I understand it will get better, but I have a plane for each destination, I have 7 A380
3 A340, 3 787, 3 777, 2 A350
If I had a remote area, just an example my connection partner is GMT +7 I have to send my flights here from Brazil, around 20:00 pm to arrive at my partner around 08 or 09:00 am, but my flight back arrive here at my time 14:00, then I have to stay from 14:00 pm until 20:00 pm to be able to send it again, if I don’t land it, it’s in line for landing, and if I land and get it ready to take off it occupies a gate, so the remote area would be important, considering that I want to send all the planes to the same destination, you know, to make 100 connections and win the gold plane
And all international airports have an area like this, I believe it would make the game more real.

I’d like it if you sent the plane to the parking area so the cooldown timer for the destination can end.