Thanks for adding San Diego

it is a really nice looking airport!

After playing a while I noticed the first small issue:
The refuelling time (again). It isn’t possible to handle an A380 in bonus time if it needs a lot of fuel. More than 30 minutes refueling time for a generic aircraft is pretty annoying and a real game stopper. 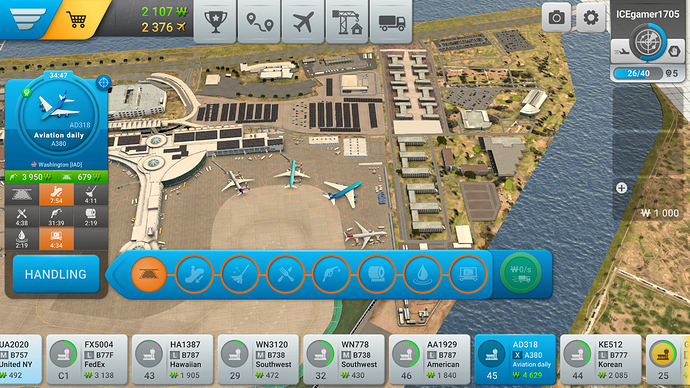 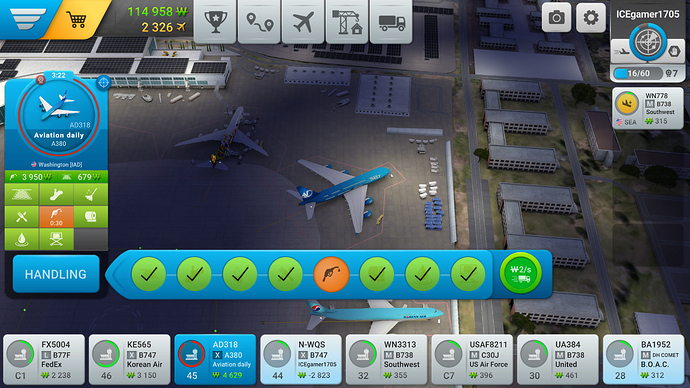 Would be great to get a fix for that.

And a push back is blocking all traffic… 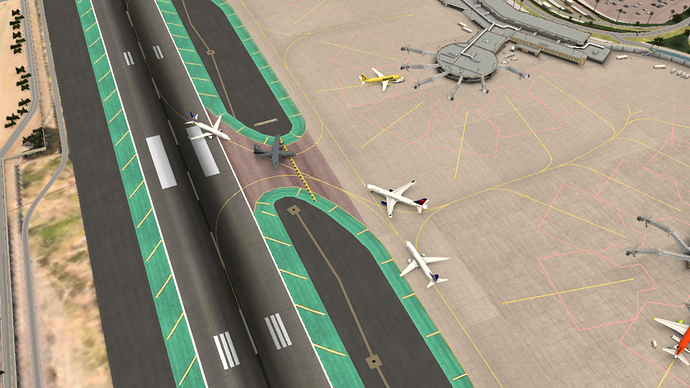 I’ve also had an A380 which needs to be fully refuelled. Level 6 really needs to be added onto the fuel trucks. I’ve also noticed that the intersection you show is causing the odd blockage again, albeit rare. At least this time it’s not an aircraft stuck on time, but aircraft getting to close to each other when vacating the runway.

We just need better fuel, but adding extra slots to purchase more of each type of vehicle would be handy at SAN.