What dose the green circled mean? Do you guys know? 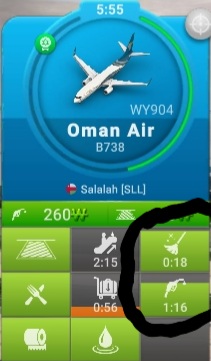 Its a small bug. The timer green indicates the seevice has been completed, however since there is still time left, the box still will be filled untill fully completed.
Nothing major but just a visual bug. If there is a timer, it still needs to be serviced

Oh, ok thanks. Thought it was part of the game

no it sometimes happens if the game crashes and on the restart it gets confused between the colors and picks up green rather than orange. As @Resource says, just a visual bug that happens once in a while, no harm on this one.

Yeah, I just joined and then it happens. Only happens on restart and when it crashes, as you said

I honestly think the devs should keep this bug in, I kinda like it!

Getting more common tho.