A320 Range in hangar vs in game

I recently started playing again after I received new time to play in. I must admit I love the new system. It is amazing! However when playing in IAD I noticed something strange… the 737 can not make the direct cross to PRG / BRI. I started looking for M planes which could and found out with (according to the hangar) a range of 4300 NM the A320 would have sufficient range 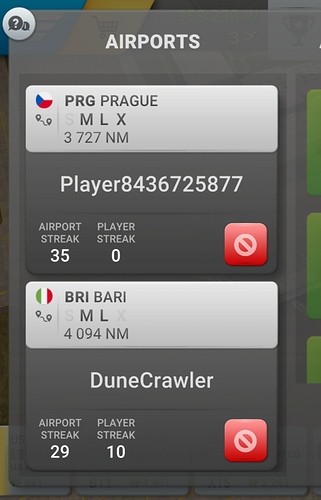 However… when sending an A320 to these locations… the range suddenly increases… to which the A320 can not fly it non-stop… and thus the purchase of the A320 in both golden planes and ingame w, being a waste since the 737 carries just slightly more pax. Is this a mistake that needs to be adjusted? Or is there another reason for this… as you can see… the ramge to PRG increases suddenly from 3727 NM to 4191… which is close to 500NM more? 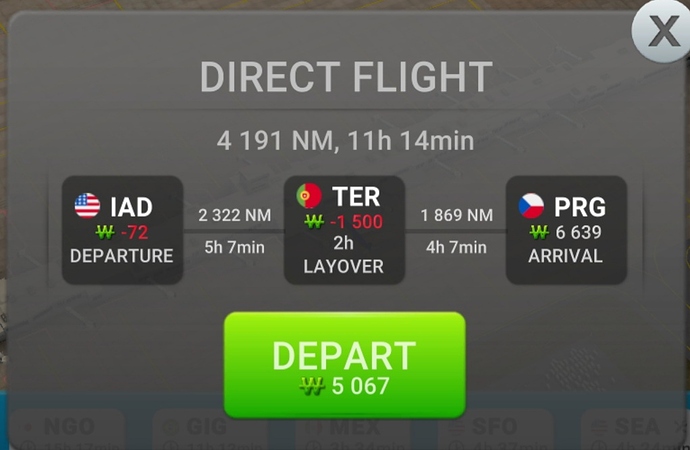 Keep in mind aswell… that this range is still well within the 4300NM range of the A320, even plenty of room to divert when needed so that cant be it? 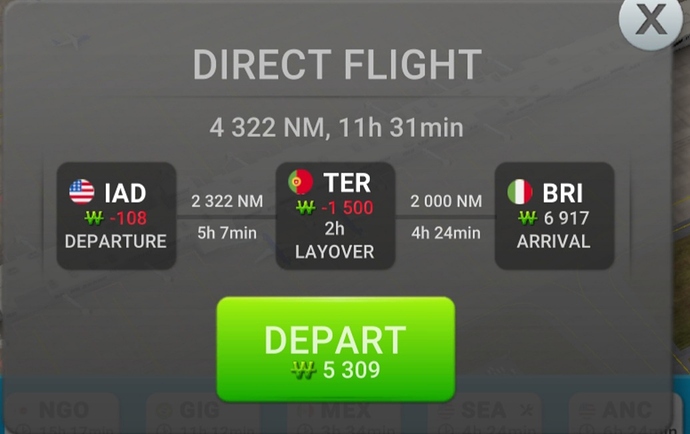 I believe they implemented this for realism in the fact that range decreases as weight increases and since first gen A320’s and 737NG’s don’t usually cross the atlantic nonstop, but for the upcoming 757 I hope this isn’t the case. Airlines fly the 757 transatlantic everyday no matter the weight and cost index, so I just hope the 757 will be realistic.

I was going to make a thread myself about the 757 being able to fly across the Atlantic non-stop. Hopefully that is the case!

It’s possible, but M-plane is M-plane and they’re not supposed to fly the non-stop way.

Lets name it “etops” that you can fly fastest way. Because you need a possibility to landing if you have problems

Yes I am familiar with the aviation world and I know the Etops certification. The A3xx (a319/a320/321) have a 180min (3hr) etops approval. This means that they can be no further then 3 hours flying from the nearest (sufficient) airfield. Taking into consideration that the flight crossing from the point where you leave the EU to the point where you enter USA (calculated from closest international airports Kerry - Gandar which are both capable for A320 landings) is 3 hours and 50 minutes of flight… it means that even if you are halfway through, you still have plemty of range / time to get to these airports…a big 1 hour spare time… so you can not shove this onto Etops…

This does reflect in realife aswell… where BA flies with an A319 from London to the US, and dont forget the LCC’s who fly with 737’s (same etops) from Europe to the US… so regarding Etops… it is perfectly fine and allowable. Leaving us thus with the following:
-ETOPs, compliant
-Range, compliant
-Flight plan in real life, compliant
-max take-off fuel vs range, most likely compliant unless fuel suddenly scrapes away over 500NM (1/8th of max range) (which is alot… 100NM is more likely… even with that, well in range)

Maybe explaine what i would say. I have heared that Suriname Airways need to fly x hours more than their competitor because they have etops120 and competitor etops180. Both use 777 on same route.

That is a good consideration, however… the flight time from IAD to TER, is 5 hours. This means that halfway it is 2.5 hours to the nearest airport, and thus the etops rating of 120 min would not suffice…