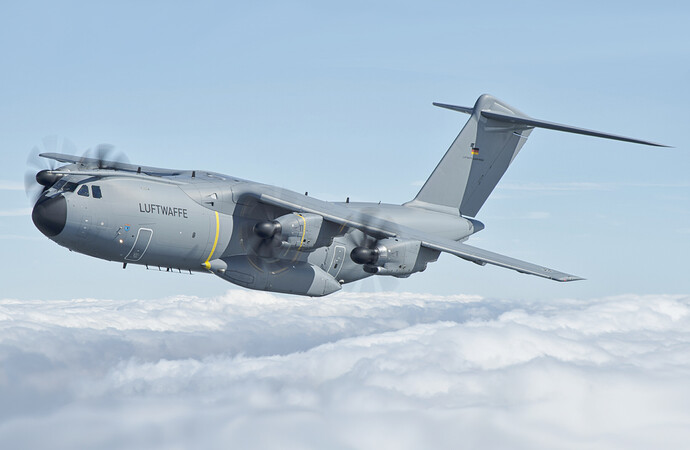 Military aircrafts are quite underrated, however the A400M is sadly un-popular.

It doesn’t matter that it’s popular. But it will fit into the game and will be op

It would be an op in that it will fly a lot anywhere in the world, because it doesn’t have to land anywhere and it can refuel in the air.

Well an E190 can fly from San to ngo sooo, I don’t think the routes will differ from other large planes

I mean the C17 is already in. Isn’t it a military cargo?

It is but it only has 3 Liveries USAF, IAF, RAF it needs the RCAF, RAAF, Qatar Emri AF ones

Yeah, could be added,