Arrival Queue does not update

Some planes do not show “Waiting for Arrival” in the owned aircraft list. In this case, NFHL 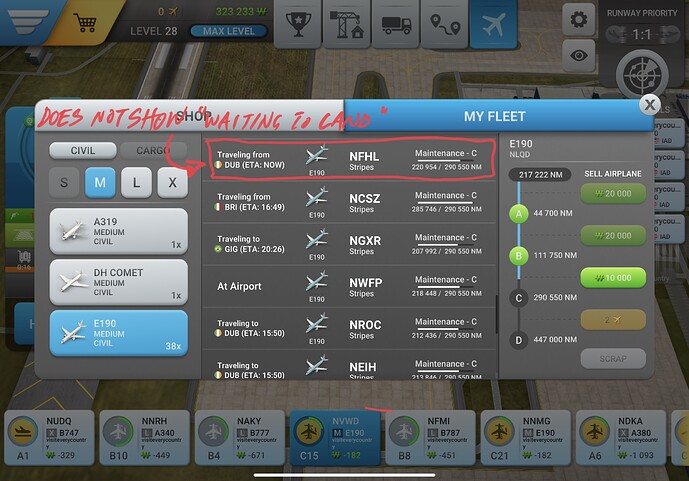 It means basically the same thing, I’ve never seen a waiting for landing unless I restarted my game and went back into the airport

Well, that’s one way to force the update.

Not sure if it is random or certain planes.

Probably too much information, but the randomness is what is killing me.

Ah alright, I just land crap and since I just reset all progress so the only fleet I got is an AT43 I just bought at bri

It’s annoying to expect your own planes to land, the player arrivals list shows the time, but nothing happens. You have to restart the game for your planes to start queuing.

Is this a bug or a feature? How does everyone handle this?

Thanks for your answers.