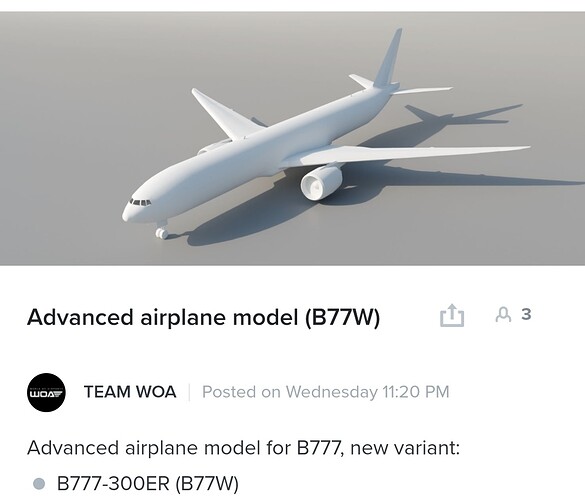 The B777W is scheduled to come out in the next update, but when it comes to reworking the B777, there are other B772 additions and B777F reworkings…

Will other derivatives appear?

There are instances where the devs are talking about others variants of the plane. Some are hinted to be implemented into the game. Whether they will be included in the next update is the question.

I think I remember the devs saying that there will be 4 variants of the plane in the game, but I’m too lazy to find the source and verify it, so take it with a grain of salt. 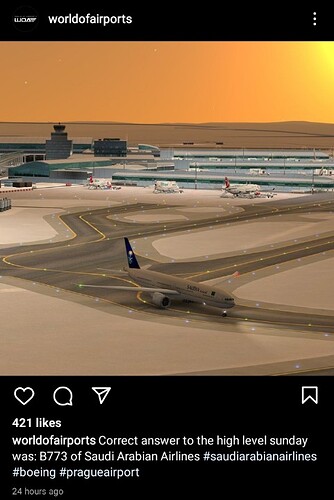 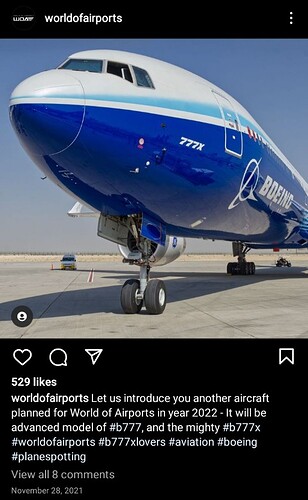 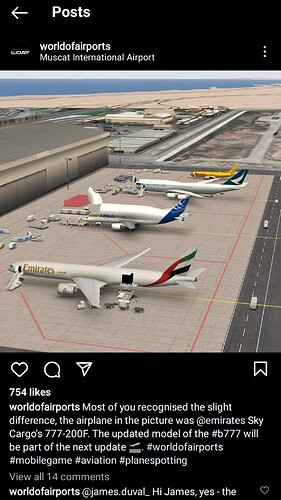 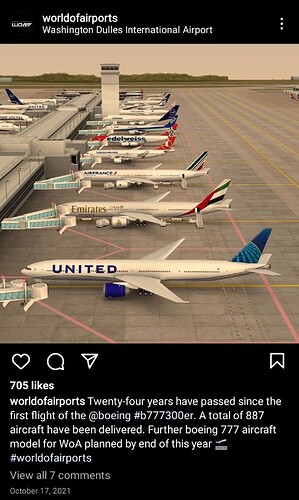 The mention of the 777 has been mentioned in the new liveries thread, I created that so thread like this weren’t required, but yall do what you want

On the other hand, who decided that it’s not okay to ask again in another place what was said elsewhere?

It will make it easier for others to find out about B77W and get the word out. Don’t you think?

The thread is called new liveries (want to name it to features) so people can see what’s new, but again, I don’t make the rules

An advanced model isn’t really a livery though, is it?

So I understand why some of us don’t expect infos about models in that thread.

Again, want to rename it to features, but for some reason it won’t let me