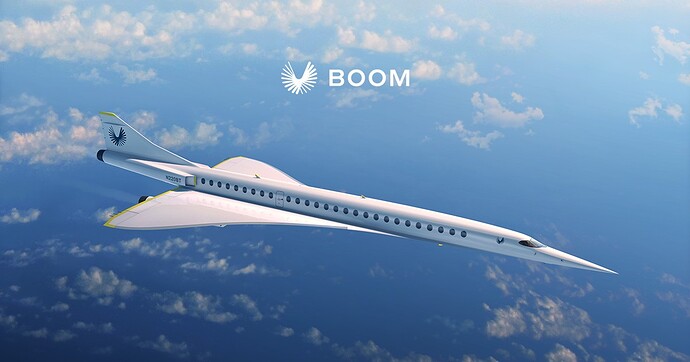 facebook_og1200×630 95.3 KB
Well people I am proposing this proposal for the future to update you like the idea Because for a few years United Airlines will have that kind of airline I want to see your opinion To see if they are interested
Rito June 3, 2021, 6:12pm #2

Nope, it was United airlines. Kinda surprising and a huge what the hell moment, especially when United airlines orderes them, I don’t have anything against it as it would be nice to see supersonic flights again.
As of now…
Only JAL (Proposedly) and UA ordered them.

It would be nice to see Concorde (and other aircraft) remodelled first, and highly requested types to be added before consideration is put into any future supersonic aircraft (not that there is many to choose from).

Well United Airlines bought 15 aircraft for Boom Super Sonic We still do not know which other airlines will buy the Boom Super Sonic But it will serve too much in the game because too many people do it and tell it for their own fleet Because in addition, in a normal class plane there are many hours but that type of plane too fast would arrive very fast in the destinations that the guy sends when he is making the flights In addition to a 7 hour flight it will be like 3 or 4 hours over there This is how they are going to serve the Super Sonic Boom

would be something for the update 3.25.0 in 2029 when this aircraft will probably start with pax on board

I don’t want to bring the nerd facts but they also have 35 on option, so we could see United potentially having a fleet of 50 Boom Overture aircrafts in the future!