Coming in next update as a destination.

But wouldn’d be a good this airport as playable?

Isn’t it a bit too close to Prague?
I would rather like a playable airport in east asia for M and S connections to Nagoya.

I’ve been discussing this with some other players, right now once SAN is done, the preference would be to go to South America, Africa or Australia first to try and connect some dots
Examples are GRU, JNB and SYD

So unless the devs pull rank kind of like they did with SAN, I can see them pulling from the list above.
The problem is a new playable airport takes at least 3 months to code and test. So it will be a relatively slow process regardless of which direction they go in.

So you think Bratislsva airport would be good as playable?

I’m going to say no at this point, too close to PRG and has crossing runways which although I know for a fact can be coded in unity, is not a direction the devs have gone yet. Never say never, other priorities.
If they do go there maybe a good INN/BRI comparative with crossing runways

For a dual runway European Airport, I’m going to be biased and nominate Manchester (MAN). One runway for departures (23L), and the other runway for arrivals (23R). Also requires departures to cross the arrival runway and has plenty of stands.

Not to close to PRG/INN/BRI either. Airports like WAW and the Topics BTS are very similar to the flights to and from INN.

As with @carlsberg72 reply, I’m going to agree and say BTS isn’t a good airport to be playable, but perfect as a destination and player route!

@ukplanespotter757 I can get behind MAN that would be a good one to try out.
My pick was LGW, but MAN is a great idea

If there will be another airport from Europe I want to see Keflavík (KEF) as a perfect base for M planes connections between Europe and North America or Madeira (FNC) as a famous airport, that fits perfectly into this game as an airport for fun (as well as INN or GIB). But I think that next airport should be an airport from Central or South America (like SXM, PTY, UIO, GRU). Agree with SYD as well (but I’d rather see AKL).

Now KEF I support! 757 land, what more can be said

Maybe KEF appears when this happens… 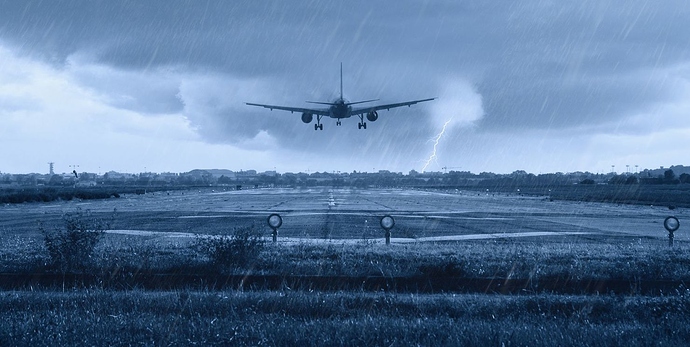 CVG and DEN both have 4 runways and I think they both would be great airports for WOA, especially CVG, but now with the addition of SAN we might want something more spaced out

I guess HNL could work as a potential US airport, it’s famous reef runway would be cool!