It would be nice to have CSA Czech Airlines A330-303 in the game. As this was the biggest aircraft in in their fleet. Now, the airline is struggling and is seeing their death ahead, without almost no chance of getting saved, the airline struggled already since Covid-19 started and already went bankrupt. As a tribute to an 98 year old airline which had rich history, it would be nice to release the last liveries their aircrafts had in the game (A319 Magic city - A330-303 Csa Livery).

Good suggestion. But they pulled the A330 a couple of months ago. “Magic City” should be inserted, but as a special.

Hope they add it as the a333 is running low on airlines, and i think it would look good on the a333

OK-YBA was returned to Korean in February 2020. Still, it would be nice to add. The Korean livery would also be nice, alongside many other A332 and A333 liveries such as Air Serbia, Aer Lingus and Thomas Cook.

It’s getting released in the next update, alongside the Travel Service 737-800. 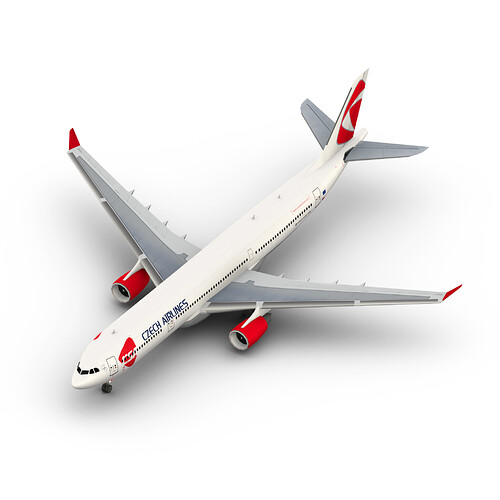 What about servicing vehicles being misaligned? Will that be fixed?

Oh my god that looks amazing

Just one of the hundred reasons to love World Of Airports!