I don’t know if it has already been discussed, there is a game called skyrama, where you could talk directly with your friends through a dialog box within the game, so we could ask for the models of airplanes we needed to be able to do the missions.
Is there anything for the future in this regard?

Like some button to add the friend, and if he accepts, the conversations become accessible

Mayabe it is possible but not planned for the moment (+ it would increase bandwith eaten by game as some extra packets would need to be sent).

Maby it you will ad this and something like general chat like all players can talk to therself.
It could be something interesting.

Randomly found this topic but i cant resist commenting. Nice to see another former skyrama player. I basically forgot about that game so this was a nice reminder

I’ve also played Skyrama, was a fun game back in the days. Can’t find my account anymore though…

Kkkkk I thought it was just me who played lol, I remember that because of this dialog box I became friends with a German girl, and today I have several friends there in Europe because of the woa. I do not know if you remember, I already created a topic about it, there in the skyrama the cargo missions was to seek certain types of products in certain countries, for example Japan was cheese, in Africa it was meat etc … You could take an example and put these types of missions on Woa.

I’ve just found this, I would agree that a DM system would be pretty cool or it could be used by connection partners if they don’t use FB or the Forum, or you can just use a general chat between everyone in a certain Area or the world (much like Star Trek timelines). 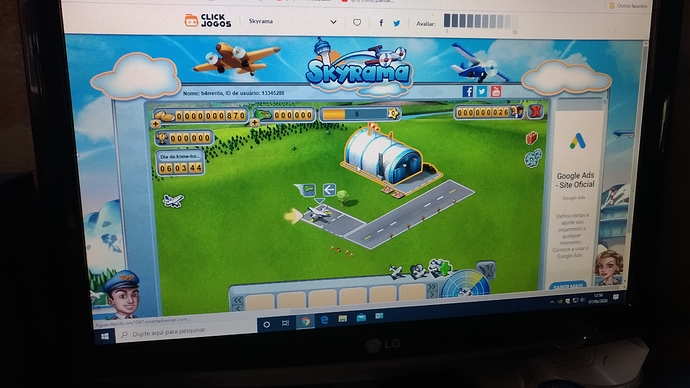