As I already mentioned earlier I am not a big supporter of the (new) handling timers. In my opinion the fuel handling timer takes way too long in comparison to all the other handling times - for me one of the most unrealistic parts in this game. But it is fine and I can live with it.

Beside that there is also another thing I don’t like:

There is a handling time running down but most of the timers have their own speed. 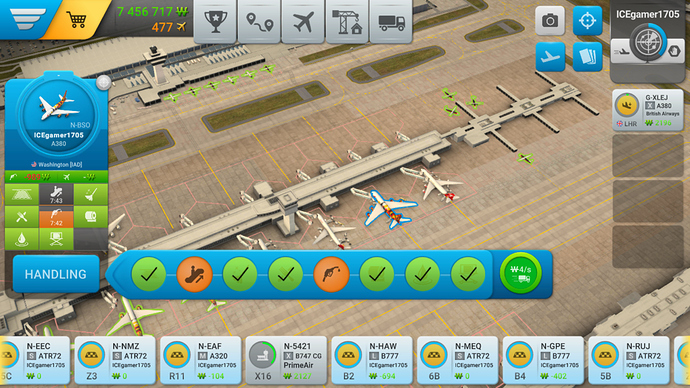 A few minutes later: Pax are done, fuel needs another 2:30 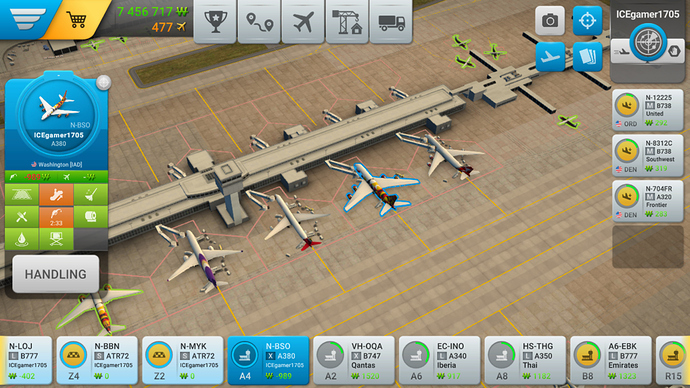 So my question: Is there any chance to put in a “real time” timer for all services?

This is absolutely true especially on the A380 where after pax you have to wait another 10 mins in worst cases.

Pax are done, fuel needs another 2:30

This is because the plane is on a jet bridge. If it were on a remote stand it would be the same, but jet bridges accelerate the timer without showing you a reduced time (unlike upgrades to service vehicles which actually shorten the timer).

This is because the plane is on a jet bridge

Im 99% sure thats the reason as i have compared servicing times in BRI for stands with gates and without. And yes it would be nice if it showed actual time, along with the abovementioned fuel handling time fix (either through a level 7 fuel truck on PRG and IAD or shortening of the timer, for a bit less income)

Edit: @shill could you confirm if what i said about jetbridges is the way the game works?