Idea for something (plus portal bug report) 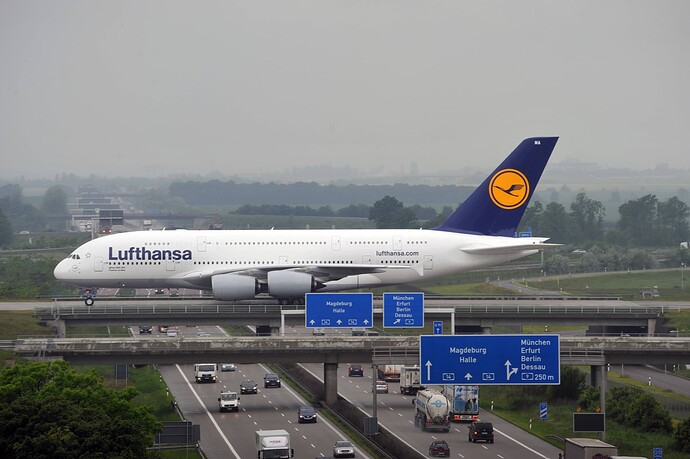 (yes I’m replying to a deleted post, I read it and agree with you) well aeroflot exists, when there isn’t war that is (I hate Russia right now, not because they caused the removal of ukraine and Russian airlines from the game, but because they had to invade a supposed “homeland” of “ethnic Russians”)

I wasn’t actually referring to that airline in particular, it was more directed at something I mentioned around the release of LEJ, and I’ve seen a few other mentions across the forum.

It just seems odd with LEJ having so many airlines that could work on routes without airlines (although a bit unrealistic). I personally think the LH A300 and A340 should be added onto some routes, as well as airlines such as TUI on some European flights, such as FNC and TFS. Whilst the airport is aimed to be mostly cargo and DHL, I do think that we need some extra passenger variety to go with the freighters.

(not sure why you keep deleting your messages but I’ll keep responding) yeah I definetly think more Lufthansa flights would be nice, I also think they should sync flight between player airports because every other airport has a 747 arrivals and a 343 airrival from lej, yet those don’t make an appearance at the airport itself, and the Lufthansa a300 would fit into the traffic at Leipzig that would also be nice to see along with more Lufthansa cargo 777s, it’s boring only seeing the one from ngo

I’m trying to be careful with what I say, I tend to overthink what I’m saying, hence why I keep deleting them. I’ve reposted that last one.

I’m glad I’m not the only one who thinks LEJ needs a bit more L/X Passenger traffic.

I think a lot of us think that, it’s boring only seeing two and even then they barely show up for me because cargo planes take priority