Improvement in movement paths and logic

not sure if it is possible but i think the movement paths on certain airports should be improved. I’m currently on BARI Airport and noticed some things.
Obviously a (visual) bug without any effect on gameplay: 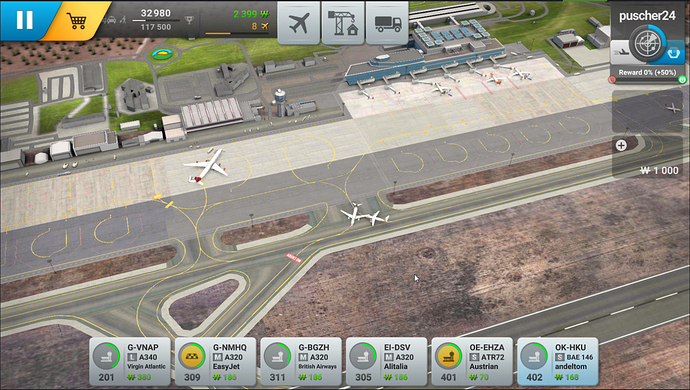 This one is kinda more annoying. Plane on the right (Plane A) has to wait until plane on the left (Plane B) cleared the crossing. I think Plane A should be able to move past the crossing without sacrificing any time and without compromising Plane B in any way. 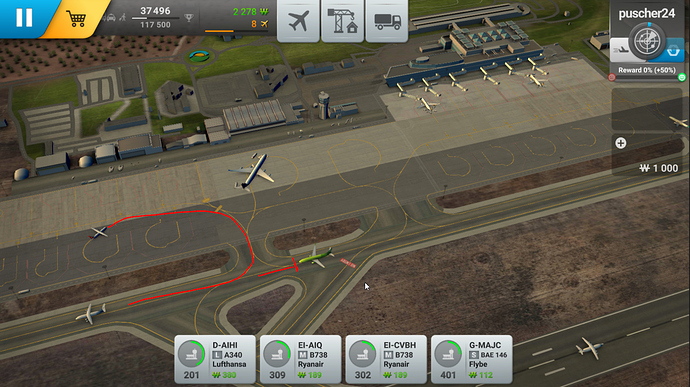 This one also might only be visual but it doesn’t reflect the visual logic of paths.
According to visual lines stand 201 in BARI should be approached like this: 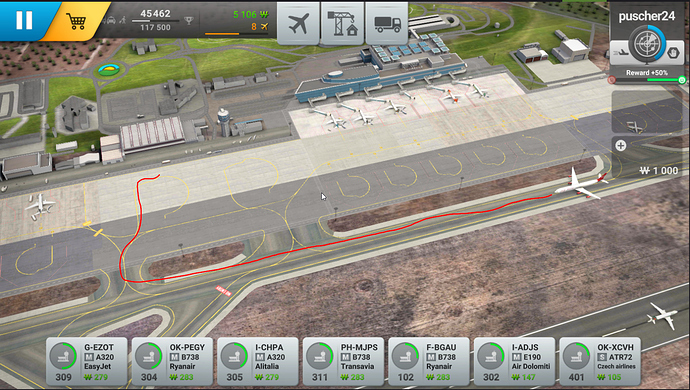 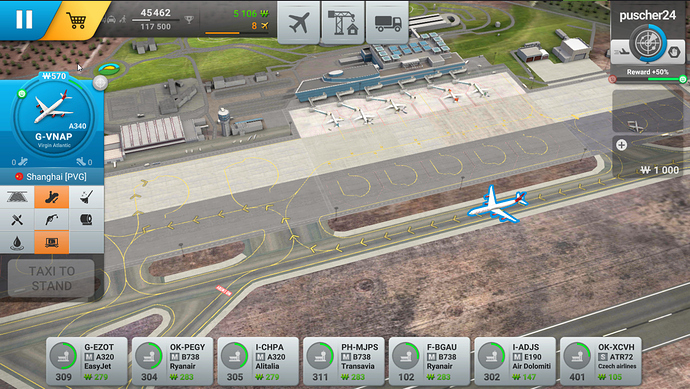 Plus all 10X Stands seem to follow this path: 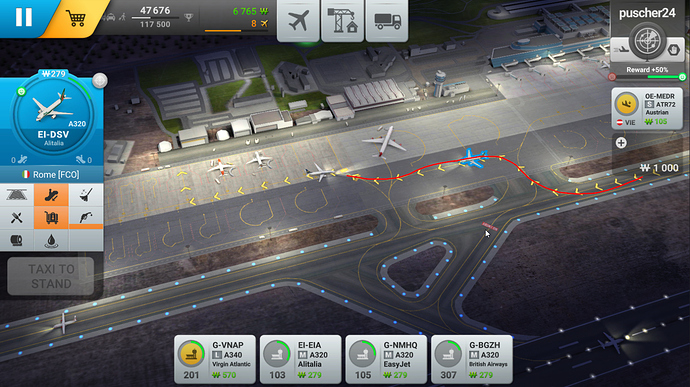 Stands10XLogicalPath1587×892 552 KB
This can probably lead to ineffective pathing and probably plane blocking. They could just carry on and move towards their stand on the next crossing.

All these things might be BARI specific. But I guess PRG could have similar issues although i haven’t tested it yet.

Those are bugs we are aware of and they in fact are fixed in new dev build. Thanks.

great to hear. keep up the good work. 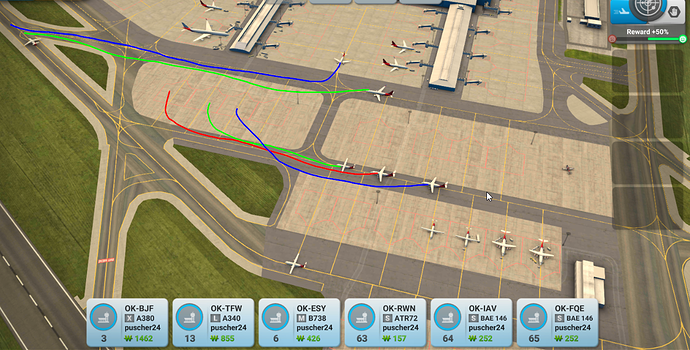 What’s going on there?
Planes waited for like 2 minutes before it got resolved.

Didn’t get a screenshot of this but when there is a queue of 6 or more planes in PRG then the planes in the very top lane will never leave (the planes that leave from stand 1 for example). The top lane only moves if the lower lane is at 4 or less planes but that never happens in PRG. Eventually there would be a huge pile of planes in the top lane that only cleares on disconnect or menu.

This caught my attention as well and it still seems to be a bit bumpy.
In Innsbruck, this works pretty well as an aircraft goes on until it reaches another aircraft which is in push-back and then it stops. This maybe is because of the easy structure of the airport itself.
In Bari, however, this is not working really well.

BRI Apron1600×738 172 KB
In the above screenshot, an aircraft has just finished push-back from terminal stand 302 and has just started to taxi.
LH2144, which is cleared for stand 303 has come to a complete hold at the entry point of the terminal apron even if there is enough space for further movement.
It holds there until the other aircraft passes the terminal apron exit point and furthermore, blocks all aircraft leaving from stands 40X.
This causes unnecessary delays in movement and does not reflect what´s happening on an airport apron in reality.
It would be better if an aircraft would go ahead as long as there is no other aircraft in the way.
Furthermore, the first mentioned issue from puscher24 that planes will stop on the main taxiway until planes from stands 101 to 107 pass, still exists.
Maybe it would be a good idea to add some kind of “give priority” button. When you see an aircraft stopping at a position where is plenty of space to pass, you could tab this one to give this aircraft priority clearance and make the other one wait.
Like it is with the “line up” button on the RWY holding position, which delays an approaching aircraft.