It is not a bug but a fix

Earlier the staircases were transparent but now they have been fixed so we can only see half door.

We aren’t referring to the stairways, it seems the position of the doors has been moved further back and now overlaps with the aircraft.

Austrian ERJ-190 has fully red engines on the model, but the aircraft tab shows them as red and white (as they should be). 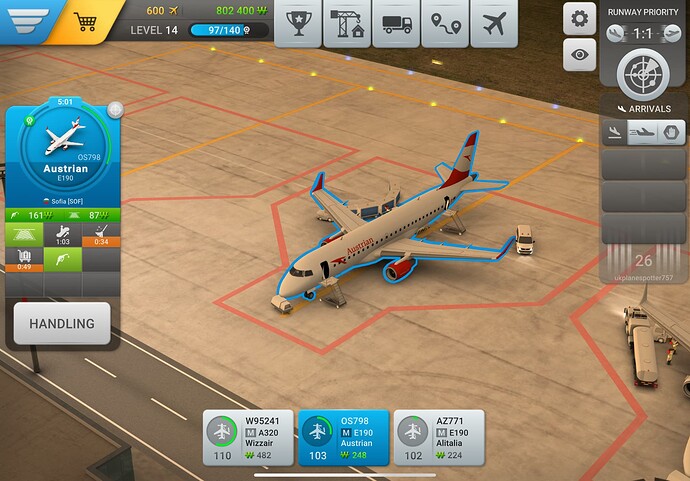 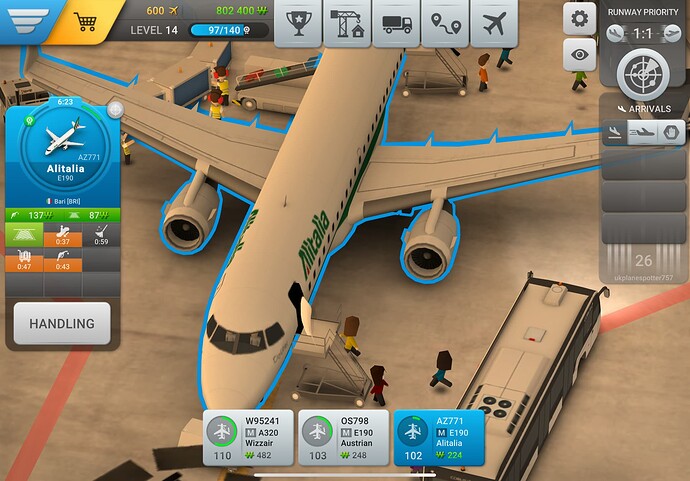 Aperantly the airline is “arzena” but it’s actually Georgian airlines.

Aperantly the airline is “arzena” but it’s actually Georgian airlines.

That was the previous name of Georgian Airlines.

AN12 seems to be missing some of its livery on the very top of the tale. Somewhat similar to the A19Ns missing on the tail. 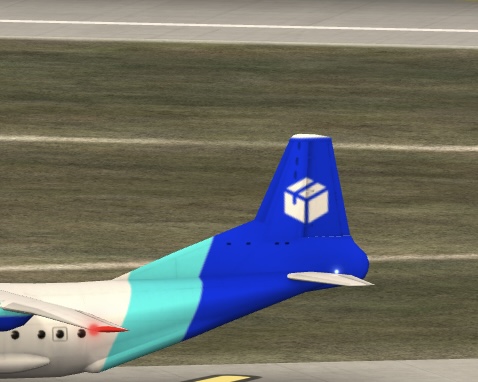 So, I was looking forward for tracking the revenue of a new B752F at PRG.

I’ve just bought it and sent it to BRU, and earned about 2374 Wbucks (First flight).
Then I went to the Hangar and there my revenue was doubled, 4748 Wbucks.

After that I’ve checked the revenue for my NGO planes and played there, taking notice for the Wbucks earned for every flight I’ve sent, making this sheet:

PS: Apparently, this happens if you access the Hangar just after you sent your planes, on the next day the Revenue was correct.

Looks to be a slight texture issue in the 757s nose gear. 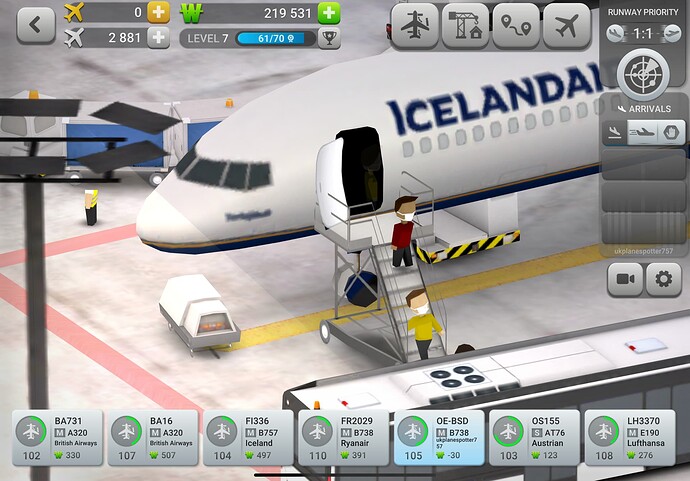 Edit: This seems to be present on all non advance aircraft, just noticed it on the 777F.

It would be better if the trucks backed up. Especially since the food container opens towards the door.

As you can see from these images, all my M aircraft are not being displayed with the livery.

I’m using the 1.5.4 version of WofA. It’s as if the livery data for all M aircraft has been wiped, but not the little side images, as these do show the correct livery. This is happening for all my M aircraft but not S. Tried restarting multiple times, both my device and the app itself. If there is a solution, please let me know, otherwise I’m flagging its happening to me. 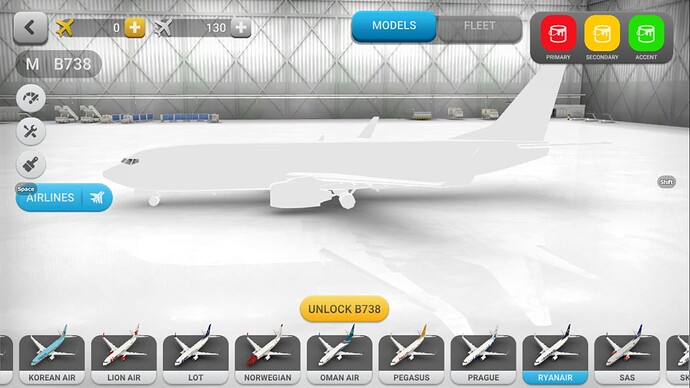 The issue has now resolved after a clean reinstall.

Personals are throwing the baggages/suitcases too far away.
Well… I have a video but I can’t post it.
Wait a bit…

Here are some images from the video:

Look at the suitcases