I mentioned this a while ago, but I thought I’d bring it back into the spotlight. Ever since the release of the B738 advance model, the TUI 737 has had this blue mark on its right wing. 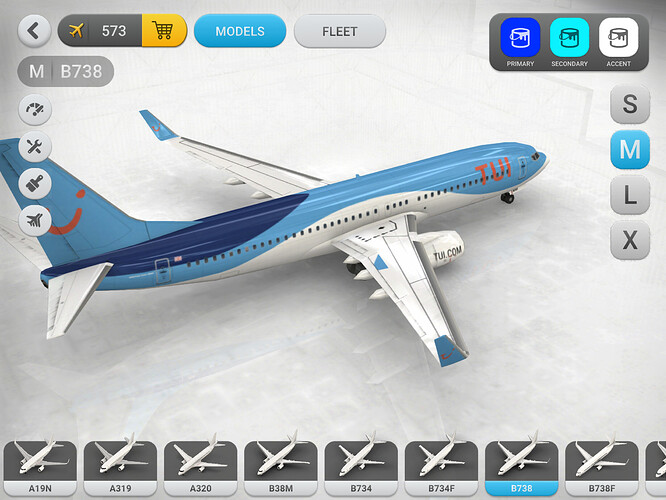 It doesn’t. This bug has been on the aircraft since the launch of the 737 advance model.

It’s not just in hangar…

After having a look in at the livery selection for the B738F, I came across an Ethiopian livery. I checked all airports with a M connection to ADD but couldn’t find it on any. Will this be added onto the route in a future update? I would also like to know when it was released, as it has never been mentioned on the feedback portal or update release notes. 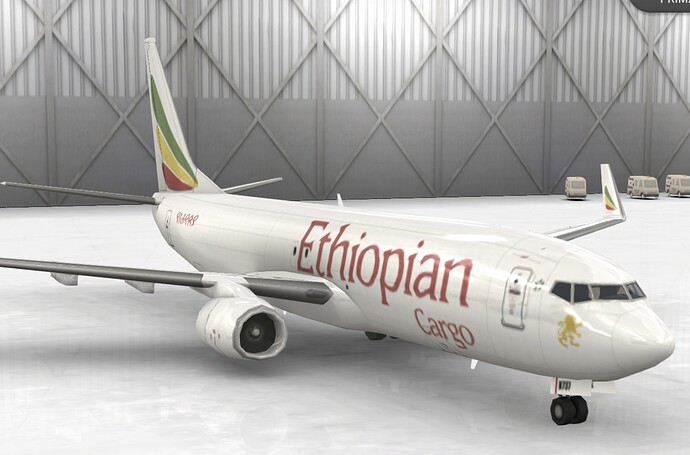 During the Muscat update it came out, I remember seeing it

I had a look through the feedback portal and never saw it on there, just the B738 and B38M. I’ve probably not payed attention to its existence and overlooked it. It’s definitely not on only connections however.

I’m not sure, perhaps it’s a delta A333 issue, where they have to tweak it a but before release

You are right. Just added to To-Do. Expect that new update will cover it.

The B734 seems to have unaligned baggage and food sevices. Both to high.

That’s a bug that if you join right as a plane finishes servicing, it’s all planes all airports
Example (this is L size but still fits)

Just installed the new update, and the 734 has its doors open, but only the top half of the door is visible. This seems to impact all 737 variants. 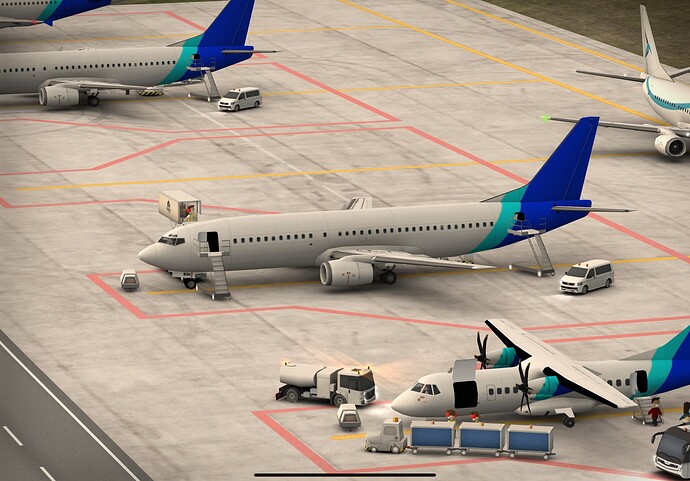 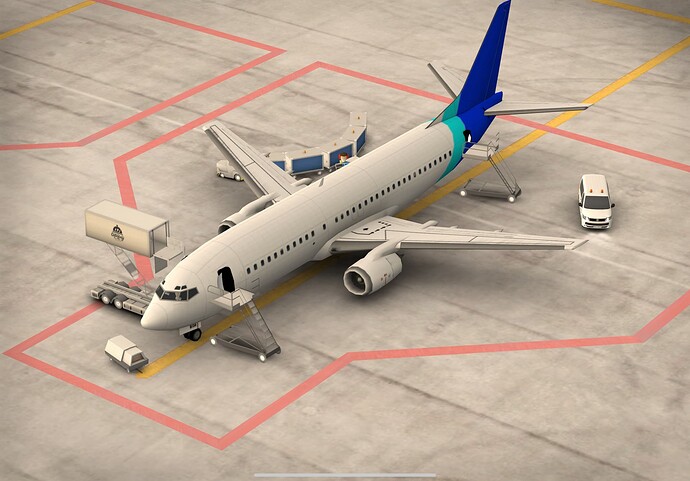 Another quick look, and it also seems to be an issue on the A319, although not as noticeable. Doors are also closing before passengers have finished boarding, that seems to be on all aircraft at steps gates, not sure about jetways. 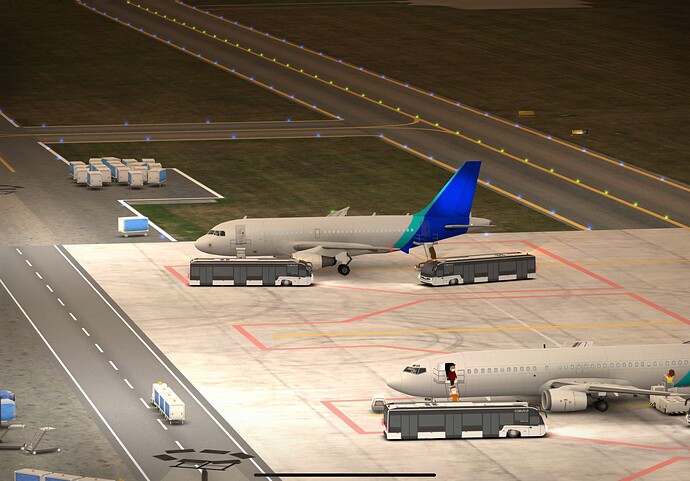