I have a few suggestions to make.

There were helicopter arrivals into INN? Could you explain further as i never heard of this.

How about naming this game as “World of Aviation” rather than “World of Airports”?

Probably a broken translation from Arabic or something.
1 Stand for multiple plane tiers is already in development.
2 Helicopters are cool. But how often, if at all, does IRL Innsbruck serve them?

There were helicopter arrivals into INN? Could you explain further as i never heard of this.

There is one helicopter stand, I think it is the ÖAMTC rescue helicopter, which is there IRL as well, you can see there sometimes. Nothing you need to unlock, just play a while and keep an eye on it. 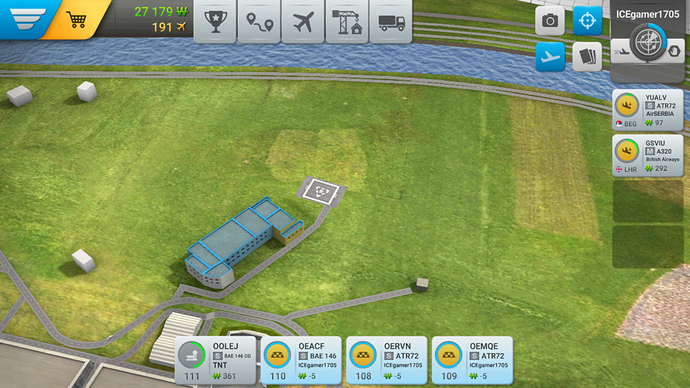 It is rarely and not there right now

One minute later it has arrived. 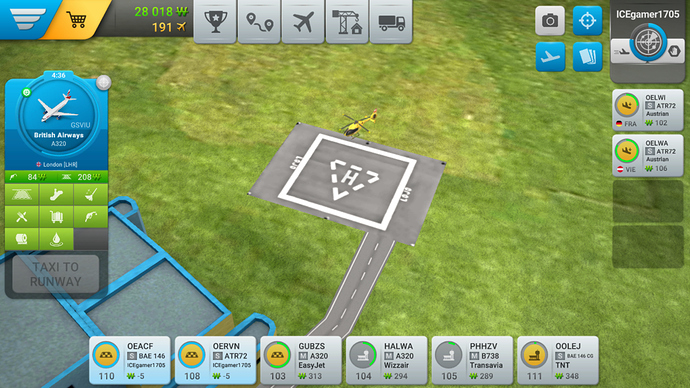 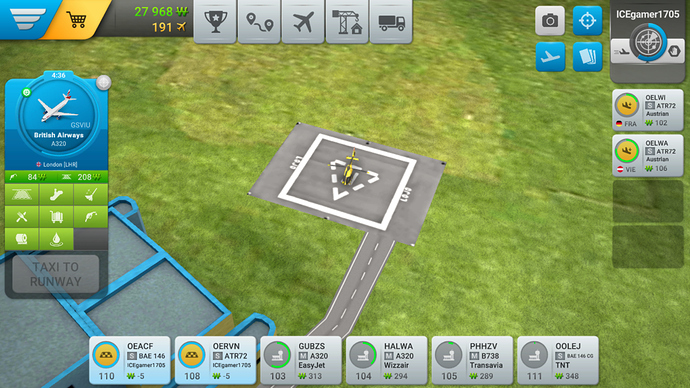 This is literally brand new news for me. Now that you mention this there is an area of PRG which i have been keeping my eye on for a while bcs i think it was updated a few updates ago and its a helipad. Devs might be hinting something

It’s ok, don’t be aggressive. It was just a suggestion.

I wasn’t intending to be agressive, nor do i think i came of as such. IMO no reason to flag the post. Could you tell me which part of my anwser you thought was agressive? Maybe it was a misunderstanding?
Edit: i have rewritten the part which i think might have confused you

That little helicopter in INN is not only an adorable decoration(well yeah it is 6m long or so machine with blades rotating at half speed of sound but somehow game distorts my perception of it). It brings 50w profit per landing. I didnt notice this until I stared at the landing spot for 10 minutes, waiting its arrival and departure. So I think it might be a hint that player managed helicopter landings will be thing in a future.

When you said 2 things :

Although second one could be misunderstanding, first one wasn’t. It did felt bad. Being a lover of this game, and wanted to improve, not said by me as u must name, but was only a suggestion. Itz ok by the way, I appreciate your edited reply. May be in heat of situation you replied that. Peace now everywhere.

Aaaah just as i thought about the first one. Wasnt written in the heat of the situation, as i said i had no bad intentions in mind. I wanted to say, as i did in the edit, that you dont have anything to do with the airlines except service their planes. Sorry that came off in a negative way

Did you know that you can send it? Just tap on the helicopter