No Routes for own Aircraft available

Hi,
I’m playing the game since a week. And now I got a problem.

My own Aircraft won’t fly after finishing ground service. I can’t choose any routes. When I click on “Start” there are a lot of routes “available” but I can’t activate them.
Trying to buy/ create a new route in the menue won’t work.
Now the Aircraft is blocking a Gate. What did I do wrong? And how can I solve the problem? 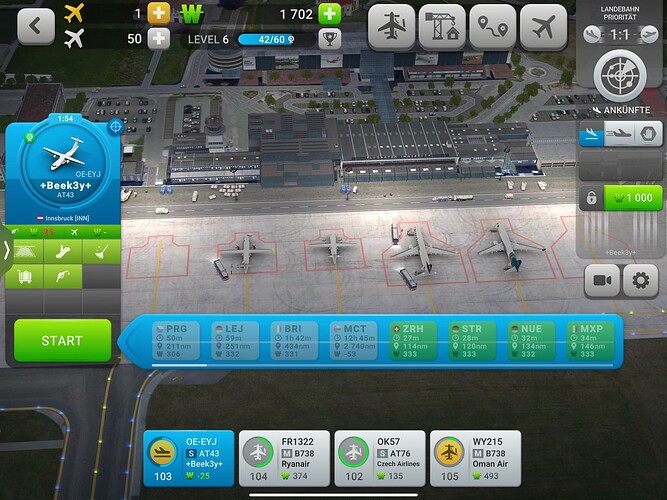 Hmm…It seems that the the problem was fixed by itself. After restart of the game I got my routes. Nobody knows why. Some magic happend.

You don’t have enough money to open new routes.

If you only have 1 arrival slot for that airport, then you cannot send two aircraft there.

It’s also a bug in the game. When you sent your planes to a near destination, e.g. ZRH (Zürich) which is a 15 minutes flight and they are on the way back, you can’t send the next planes to this destination. Only after leave the airport and go back in.

I’ve noticed this even with distant destinations. Returning planes still occupy the destination slot until I log off.