I think you saw something wrong. The ATR must take a stopover at some airport. Or will it just glide 400 nm?

I can get a screenshot from BRI once my AT76 returns from the current flight, but for now I will share similar thing happening in INN with AT43 (range 459 NM) flying nonstop to TBS, which is 1465 NM away. 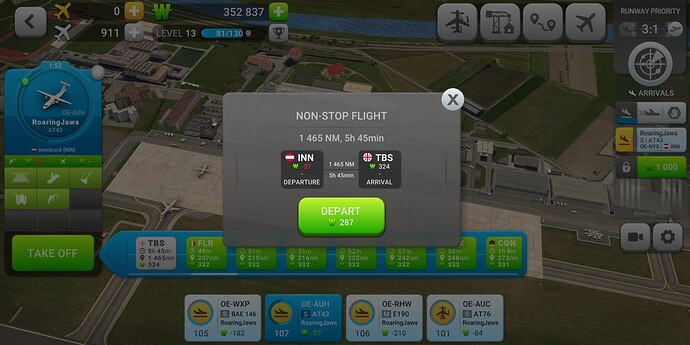 Well, then its a bug.

Here is that screenshot from BRI. 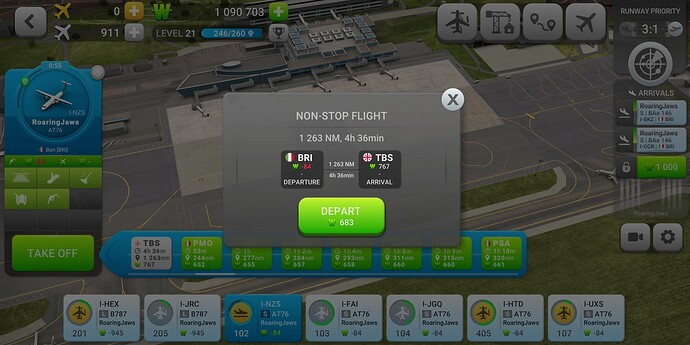 Range doesn’t matter in the game. Plane size does. If a small is allowed to go somewhere, any small will fly there non-stop.

They only do one stop flights for connection airports. Funny thing about that: san Francisco is just as far from IAD as San Diego but for a small, San fran is non-stop, San Diego, a player airport, requires smalls do 1 stop at DFW. That’s a weird thing.

Maybe they’ll get around to fixing it all some day but that’s not today.

I just noticed my An12 (range 1950 NM) from PRG flies to MCT (distance 2587 NM) without a layover. Like @Deadeye313 said, I guess only airframe size matters. It must be that certain connections are hard-coded to be non-stop or 1-stop by plane size only.

What’s the fuss about this? It’s a game, not reality.

+1 on that, who said they don’t put a couple extra fuel tanks in the baggage hold before departure

There is no fuss, just trying to better understand game dynamics. Nobody is complaining.

As for reality, yes, it’s a game, but one that tries to mimic reality in many aspects. So much so that, there were even discussions in this forum about closing/shutting down airlines/airports to mimic real life covid airline/airport shutdowns.