Can we add new aircraft like the Tupolev 204/214 & Comac ARJ21? 2 medium haul aircraft,
Maybe another Russian aircraft MC-21 a 3rd medium haul, it gives us more variety of aircraft to choose from

Ilyushin 96 as well, would be a good addition for a long haul plane.

be brilliant to have some of the smaller operators/manufacturers in the game. opinions appreciated

You can suggest these aircrafts straight to devs on Instagram, but I doubt we will see them soon.

They Most likely will be put on the Feedback Page first

I will add them to Product board. Depend on players how they support it

@Vesi click this link World of Airports - Feedback and it’ll take u to the feedback page, go across to airplanes and it’ll be in there,

press on the aircraft and click 1 of 3 options, you then need to confirm it via email.

oh and thank you @kubasan

I’ve just seen the photo posted by the Developers on Instagram, and in the background, there appears to be a DC-8. Could this be one of the next aircraft? 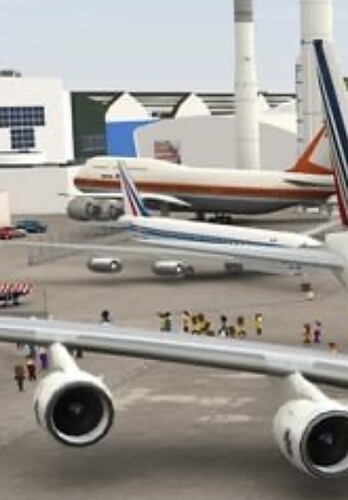 That Boeing livery behind the A380s is actually the original 737 model. Also, with the exception of the DC-8, all the aircraft are (or in the case of the original 737) have been in game. The model for the DC-8 looks to be an advance model, so I would say it’s more than decoration. We also have to remember that the DC-8 is on the aircraft candidate list, and it’s the games 2nd anniversary next month.

After a closer inspection of the feedback portal, the DC-8 is no longer listed.

Also, if anybody happens to know, how is progress on the AN-12?

Not sure how you go about recommending a new plane, but I would love to see the Comac C919 in the game.

fokker 100 I’ve been waiting since the game’s launch, it even started that it was the plane that would go, until today they haven’t put it