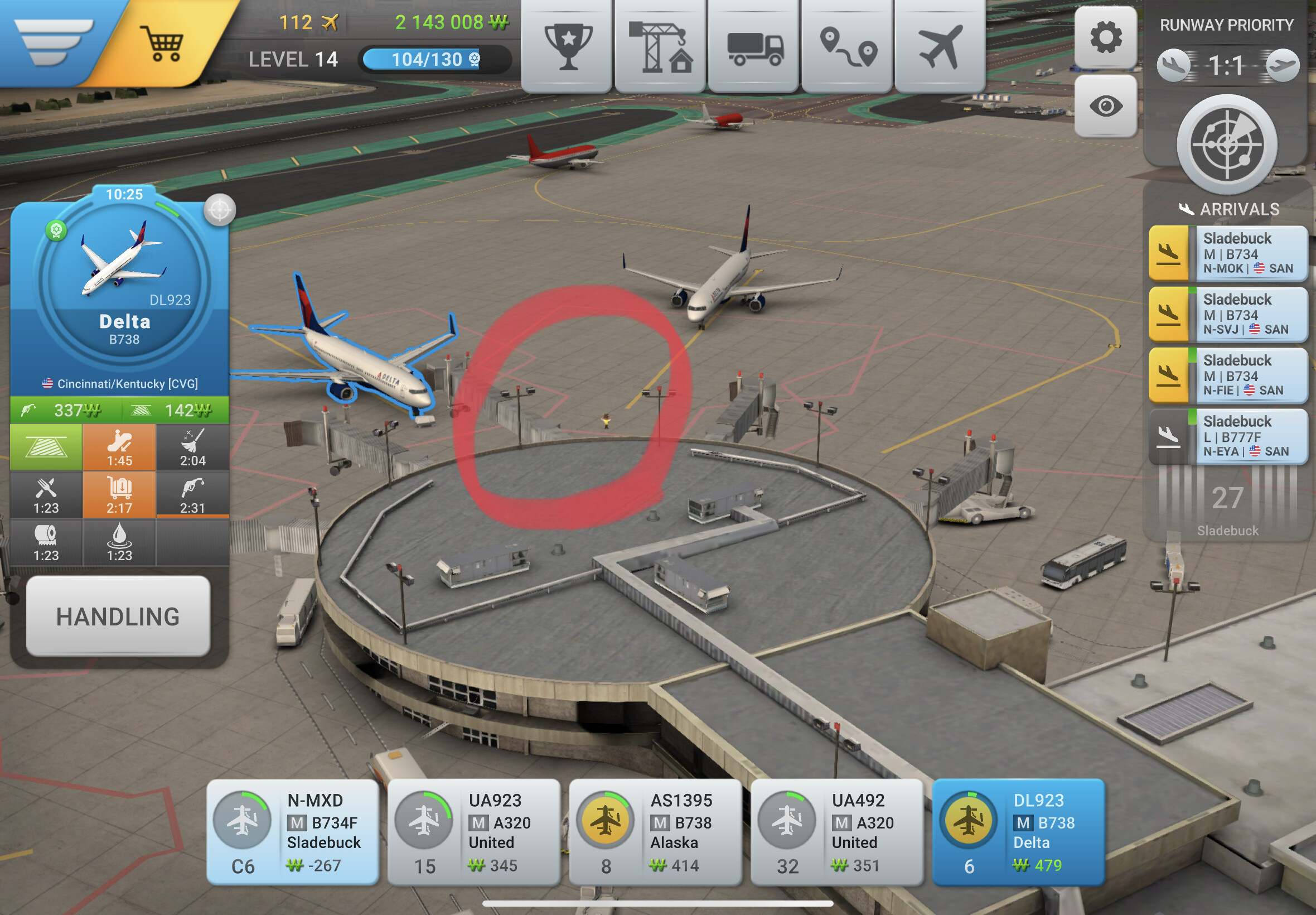 I have been playing SAN airport since it first released, and I always see the landing mini game. I would like to have the aligning the plane coming into the gate to earn more money.

Can you bring the second mini game back to SAN?

I also would like to see the landing and take offs from passenger view that I heard from other games which by the way, I don’t have TechnoBrain Air Traffic Controller ( Japanese game) has this feature.

No, sometimes you are assigned to do the mini game but you can’t do it for every single plane, so to keep it realistic as well, those people do it. Its in every single airport.

I played Washington in the mini game and in 40 minutes the results were in. 3 landings and 2 align plane into gate.

In SAN airport in the mini game in 40 minutes the results were in. 12 landings 0 align plane into gate.

There must be a bug in SAN. The developers need to look at this.

I played Nagoya Airport and the results are I. I played the mini game for 40 minutes. 7 landings and 1 aligned plane to plane stand with no passenger gangway at terminal.

All the other airports except for Muscat ( I haven’t started playing) , the two types mini games the ratio is 7 to 2 (Landings/plane stand or gangway plane align).

I think for the next update, players who want to play the mini game should be able to select what types of mini games they like to play.

Landing. Yes No
Taking off. Yes No
Aligned plane Yes No
Window view Yes No

Right now I am using IPad Pro Air and getting money to earn in mini games are very hard in landing. Never quite get both 100% . To be fair the bottoms are quite small and I have very long fingers and it’s sometimes hard to control the plane to land.
Aligning planes, most times I get more earn money because the controls are slightly easier to correct the errors.

Anyways, I just wanted to make some suggestions for other players who want to see new improvements in mini games.

Btw you will land your own aircrafts