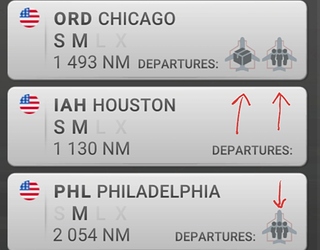 Same goes for Larjes at INN (if I recall correctly).

Just noticed LHR (recently added to SAN) as well, can’t send anything there from SAN.

Also a few from airports in Europe such as TER at INN and EMA from PRG.

Not solved in the .6 update.

Hopefully it will be in the next update, this bug has been around since the release of SAN, and for EMA since the update that reworked the destination system.

It’s not a big issue. Lot’s of other destinations to choose from.

Indeed, hope they allow LHR to be a useable destination as (in my opinion) long haul from SAN is very poor. Considering LHR is also one of the few long haul flights they have in real life.