Hi everyone,
As i said a while back, i’d like to create a list of tips and tricks to be set up as a pinned post somewhere on here for folks to see, hopefully it will help focus people on things that will help them progress (legally) through the game.

So here’s a form i set up on google to collect some data, it’s sectioned to keep the numbers of questions you have to answer down. All I need is your forum name (for credit purposes later only), what type your submission is (form will steer you to the correct section), and what your submission actually is.

There’s a final question of anything else that could help. Note to make it easier for me to collate, it’s one entry, one submission, you can submit multiple, but they have to be done separately. Final point. To avoid non-google folks having to sign into google. All screen shots must be sent to me by message within the forum. and i will match them up at the appropriate time.

Any questions, let me know. I’m going to allow just over 2 weeks for submissions, so you have until August 31st to complete.

This is NOT for bug reports, any submissions about bugs WILL be deleted.

World of Airports - Tips and Tricks

Use this form to let us know of any tips and tricks you use in the game that might help others. However you must use regular game play to submit. Anything relating to hacking or illegal use of game mechanics will be reported to the developers and it...

Turn around efficiency between E190 vs. A319 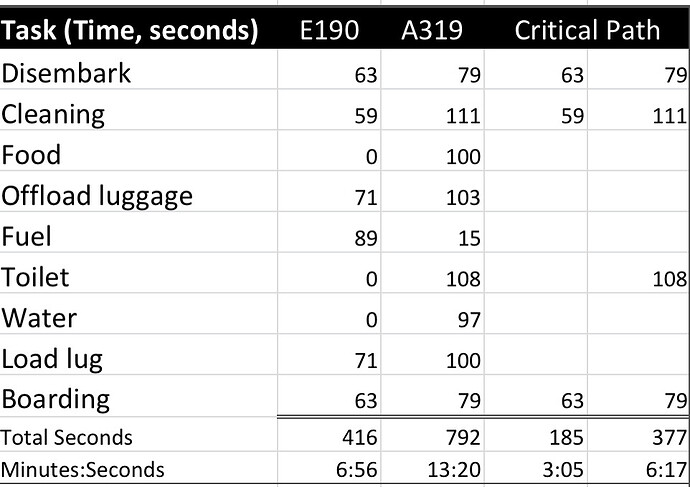 One of the great things about WoA is you can play it different ways. I like seeing the variety of airlines, while also being able to play for the challenges. One thing I learned on here is the concept of more owned planes than gates.

For example, at MCT, I have 23M (21=E190) with 6 M gates. Yes, it jams up. But at the same time, I can also fill my 12 X Gates without having to worry about WAY too many M planes and maximize the usage of only 15 fuel trucks. After restarting MCT (painfully), here is the balance I found works…

L/X planes I use to earn W, so I fly them on short distances to turn them around 2 or 3 times per day, or I fly them to other player airports.

This topic was automatically closed after 15 days. New replies are no longer allowed.