Yesterday I went to Play Market for new update, and the rating of WoA was… quite low… 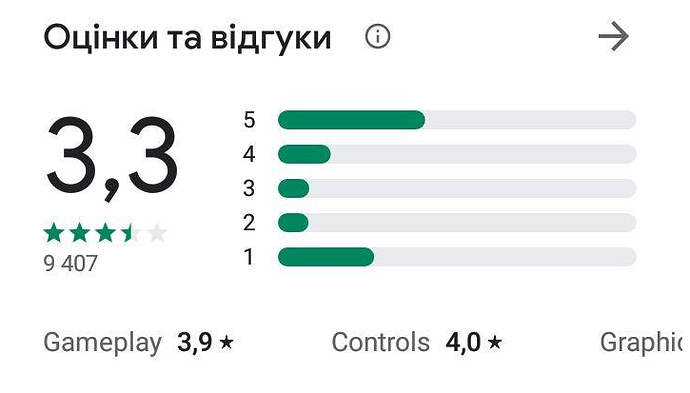 Average app about flight theme (not very successful) has from 3.8 to 4.0
Worst of them nearly 3.4-3.5
(Besides exception, like X-Plane)

But such a big project with such fan base and development process will not have this type of mark. That is irrational.

How do you think, this rating is showing real people feelings about game start and process (because usually app gets “1” if something is wrong from very beginning of the game) or that is just sort of artificial underestimation?

Maybe some players simply forgot to boost the game ratings ? They still can do that any minute.

This made me curious what ratings and comments are in the german site of Google Play Store.
It seems the most downrating happens after the update on 9th/10th July. Most comments are about the new arrival/departure buy system. There are many complaints (well, we’re german. Best we can do is punctuality, efficiency and whining on high level) about the costs and the empty airports.
I must confess that I was one of the complainers here in the forum … but I’m addicted and got used to the new system.

I’ll be honest, I’d much rather have the new system than the original one. Whilst it is expensive it’s worth it, and keeps players saving up for more! It seems many didn’t like the system however.

The app has mostly 5 stars on the AppStore, with an average rating of 3.8 stars.

Said it before and I will say it again, this game isn’t a quick run, it’s a long haul game, many people now can’t handle that, I’m 48, I’ve played online games for 15 years plus including one for over 8 in particular, those who embrace it thrive and will rate it high, those who want instant gratification will rate it (wrongly) low, because they don’t understand and you have to invest in a game like this (time, not money)

I actually posted a 5 star rating on the apple store the other day, because I genuinely believe this game is that good and i’ve played some decent ones in my time. That update when the destination format changed was massive, you are not going to please everyone, I’ve also said they probably should have issued a tutorial before it happened to break folks in, but what’s done is done, and i agree, I love the new format now, it makes a whole lot more sense and is better than a 45 minute cool down timer.

I will tell anyone who will listen how good this game is, including my long suffering better half who has dealt with my craziness the whole time and i’ve spent hundreds on games over the years. If not into the thousands.

What’s the game you been playing for 8 years? I gave this 5 stars after a week because it’s amazing. 2nd game I ever rated. Keep up the good work WOA team!!

Its not quick-to-win game that is for sure. Same some people asking when new airport will come because they “finished” previous one with number of handled pax.

you can not complete online-game that evolves and have new features. I still enjoy playing INN and IAD especialy now when new possibilities opened with many airlines that weren’t there for those “beginners” airports. Awaiting players cargo planes and connections (that will come in not yet defined future release).

Irony is game is more and more easy for a newcomers and they still complain that it is to slow and difficult. They shouldbe able to see how difficult was it on release compared to now

To make things more interesting we can introduce “challenges”. I have been using 2 at the moment, with various succes

@Metscott, that was Trainstation made by a team from Bratislava, I was heavily into it, was even the first group to have the devs put our group name on a train in the game. Had a whole infrastructure around it.
Sadly it got too much for me to keep up with, so I backed off and no longer play. Sad because I loved that game because as much as I am an aircraft lover, I love trains just as much.
That said I still believe this game is better and that’s saying something

I informally do #1, especially at PRG where it’s very well set up for doing that.
Even at NGO I try to use gates 1-8 for Skyteam alliance and the rest go to 10-17. Doesn’t always work out but nor does it in real life either

Power of the community!

Situation gets better and better. But still lot of work ahead.

And we are almost there! Beautiful progress and beautiful game! 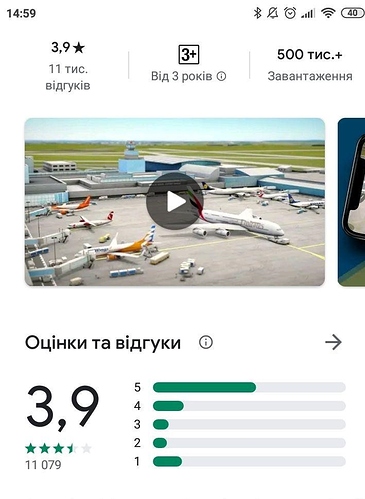 Yes, but you already made a half of it) 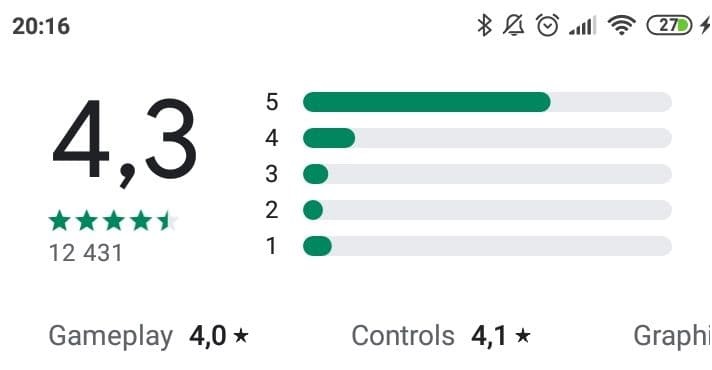 And, by the way, the greatest progress was in 2 previous weeks, when game got +0,2 points!