Not sure whether this is a bug or a feature, but the My Fleet information under the “Plane Button” is lagging. Is there a known interval between refresh? 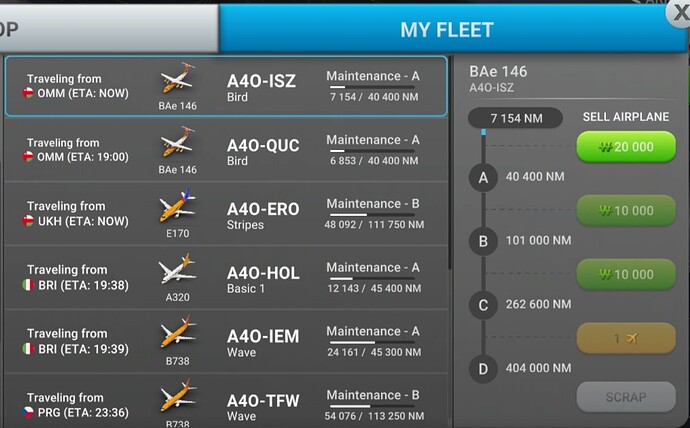 In what respect are you saying lagging? I can’t tell from the screenshot.

I mean lagging in general. The screenshot was taken half an hour after the departure of the highlighted BAE 146. I have noticed this several times.

You mean there’s a problem with the “Traveling from destination” feature? That’s been there ever since the UI update. The devs added a fix for that a while back but it never fixed it.

I just go back to the menu to refresh it.

It is not that big an issue. I just wanted to know whether is was intentionally with a certain refresh rate or a bug. According to @DankMCD is seems to be the latter.