In short, the 747-200 is a legendary aircraft. It is by far one of the most successful initial widebodies and was sold to many customers over many years. I only got the chance to see this aircraft once, a few weeks back, as it is now leaving our skies with the number of airworthy 747-200s in operation now approaching (or in) single figures. 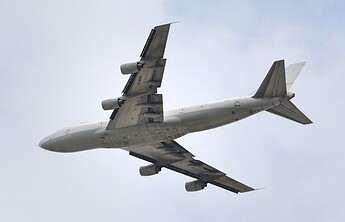 Due to it’s wide usage with many primary and secondary airlines, it would be a great addition to the game. Here are a few reasons why:

I thank you for your time.

It will likely show up when the revamp of the 747 happens for the advanced modeling
It is on the feedback page list. But when it will likely happen I don’t know. But it will come