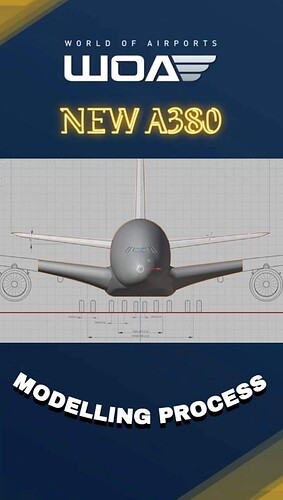 that will also mean an updated re-paint of all the existing liveries, may also mean additional liveries in the game (although i stress the word MAY there)

Wonder if they will keep the aviation daily livery

that relationship goes back to the very beginning, so my thought is they will. I don’t believe they have retired any liveries yet.

i don’t think there’s a whole lot to it, i’m not close enough to the inner sanctum of the devs to know, especially at that time, all i know, is that AD did interact at some points and ended up with the 380 in the game, so i would be surprised if it was pulled.

Casually waiting for the 757/A340 advance model

It’s about time the A380 has a remodel! Nice to see the developers slowly moving through all the aircraft! I wonder if the 747 is next? 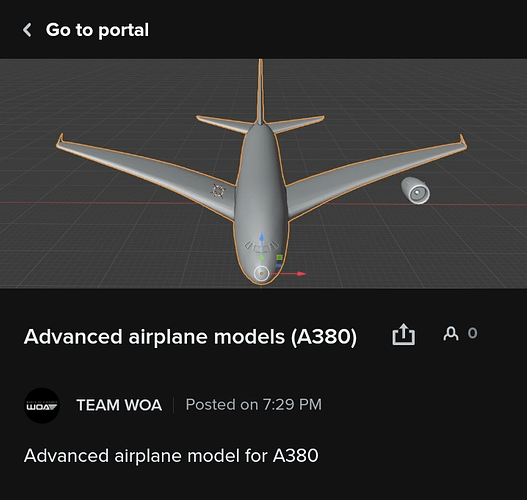 If so that would make x size fully advanced model, as the 225 is already there

That’s what I was thinking.

Looks like it’s the final stretches, just the engines and their pylons, then animations and liveries, we may see this in the next month

It will happen, devs are committed to updating all the older planes in the game. It really came about with some additional resources that specialized in 3d modelling, plus some enhancements to the software supporting the game. but as you can imagine, redesigning from scratch still takes a while and you have to then also re-do all the liveries (both player and generic) to re-fit correctly.
On the feedback page there are items for breaking out the 742 and 744 as separate items, (i wish they would do the SP as a special!), so my suspicion is, when they are ready to do those, the original will be updated too.

updating all the older planes in the game

Will this eventually include Concorde as well?

given that Concorde was in from day 1, i suspect so. I can see if they will tell me, i just know the plans are to try and update them all.

Hopefully, I’ve noticed in the hangar the basic livery has the underneath if the wings coloured. Would be nice to see it’s nose moving in game.

It will happen, devs are committed to updating all the older planes in the game

could well be. I feel the current model is actually the i8 anyway, as the feedback page specifically called out the 744 as a separate option.