The devs added the A300 and its variants to the take more time section of the development tab.

Hm, seems that’s gonna be the next aircraft

I’ll take it the A300B2 will be a premium (collectable) aircraft?

Might be a regular plane. The portal doesn’t say anything about it being special. I suspect the Beluga will be locked like the AN-225.

The A300-600 will be the regular one, but I think the A300B2 will fall into a saimilar category as the Comet or Concorde. I can see the Beluga being like the AN-225.

Yea let’s see when they add the A310 with it 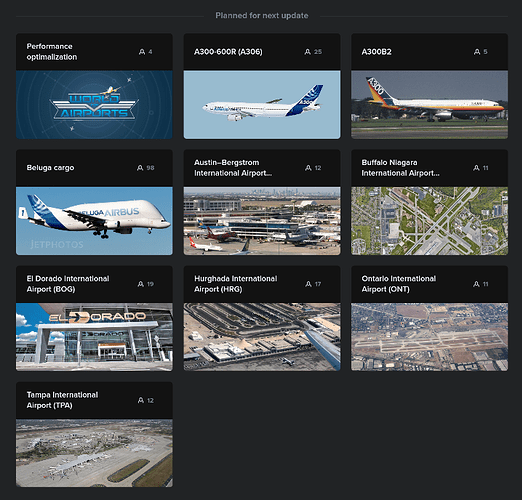 No mentions of the DC-10 or MD-11? I guess not many people care about freighters because those two are iconic.

Also, for more airports, I’d love to see Philadelphia added as a kind of North American Prague. The terminal layout is similar to prague but with more ramps and runways. And those runways could allow for more interesting traffic patterns.

The 27s are great for big planes and could allow for simultaneous takeoffs and landings, but you also could have small planes land on either 26 or 35 as a mix up to the normal flows.

One of the big three in New York should also be considered but JFK might be too big and LA Guardia can’t handle anything bigger than a 757. And really the only 757 I’ve heard of at LGA was Trump’s plane.

But I do think Newark would be cool with its parallel runways. If you use the 04s, take offs on 4L while landing planes on 4R would land and have to cross 4L. Seems a better setup than having departures cross a runway which it seems MCT players are having trouble with (I’m playing around on Prague right now. though I could do IAD, I like prague as a central hub that’s in range of everyone).

They are actually on the candidate tab for future aircraft types.

Not if you time it right 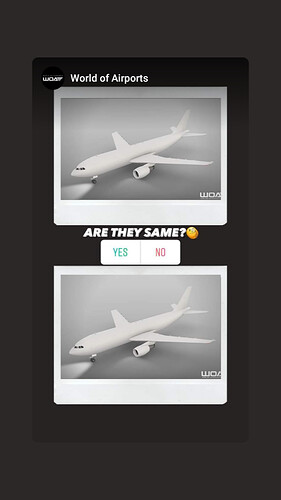 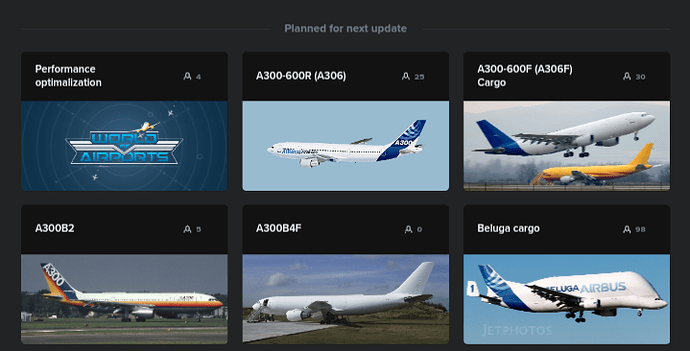 While I appreciate the models, I think they should focus on A321 and B767 for few reasons.
1: A321 can carry around the same number od passangers as B757
2: B767 would be cheaper cheaper than B787 (GP’s and W’s), so it would be good for starting long-haul flights.

But I still appreciate the A300’s family getting added. 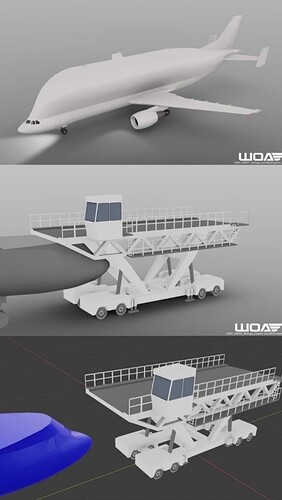 I wonder if this will work in the same was as the AN225? Premium arrival which you can unlock as a regular for an increased sum.

The bumpy head plane, will we see parts of planes being loaded?