I will gather here all topics as it may end up in a mess in sub-forum if everyone starts to create new thread about her/his local airport.

I’ve seen some airport suggestions so thought I would post my local airport.
CVG is a good airport to have in the game because it can be good for connections with IAD, YYZ, CDG, and more. It also is a very big cargo airport which will be good for when cargo ops is in all the airports, which will definitely be done by the time all the airports are done. It has 2 terminals that are currently in use, Concourse A and Concourse B. The airport is served by Delta Air Lines, Southwest Airlines, Allegiant Air, American Airlines, Viva Aerobus, Frontier Airlines, United Airlines, Air Canada, Alaska Airlines, and Sunwing. The airport is located in Hebron, Kentucky; near Cincinnati. The cargo area is expanding and there are a lot of cargo operations in the airport. Polar, DHL, Amazon Prime, Kalitta Air, and more operate cargo here. There is a good balance between cargo and passenger services, another point I believe makes this a good airport for the game. There are 4 runways, 3 of which are parallel, which will allow for simultaneous arrivals and departures. Now I understand that we are trying to get more airports around the world and this is very near IAD, but I think it would be a great consideration for an airport in the far future. There are maps of gates and more info on their website: https://www.cvgairport.com/ Here is a picture of the airport:

DISCLAIMER: I know this, if chosen to be added, won’t be immediate since there are quite a few other airports in the queue. If this isn’t required it can be removed and re-added in the future.

Edinburgh - Turnhouse int’l airport is located in Scotland. It has well over 12m passengers a year and can handle planes up to L size. It has plenty of gates and plenty of cargo gates (

). It’s quite similar to Bari but a much different climate might need the runway, certain taxiways and gates to be closed for snow plowing and gritting as well as plane delays for de-icing. Here’s a picture of the airport:

@SainsburysVan Thats a very good idea. Maybe later on in development different gates or stands could be shut down for maintenance. Along with closings for Taxiways. Very good idea.

different gates or stands could be shut down for maintenance. Along with closings for Taxiways.

Agreed, it would be nice and could be added to the events @shill mentioned in the recent changelog.

Like everyone else I would love to pitch my local airport at the designers, its got this it’s got that … at the end of the day I love my airport because I fly in/out of it. So I’m moving on to possibly the most unique airport I’ve ever flown in/out of: GIB Gibraltar.
1 - It has a single runway 1.6 km, so only S & M planes could land (I don’t think the B738 could).
2 - The primary Carriers are British Airways and Easy Jet (already in the game).
3 - Most scheduled flights are AT7 and A319 (can we pretend the A319 is an A320 ?) both in game.
4 - The runway is crossed by a street with cars and pedestrians, the road closes when a plane is on approach. There are videos on Youtube I can post links if anyone is interested.
5 - There’s sea water at both ends of the runway, the Rock of Gibraltar is a pretty cool looking piece of granite.
6 - It’s not a huge airport, I believe there are 5 commercial gates. The airport is used by the RAF.
7 - The Taxi ways are few, it’s about as complicated as INN. 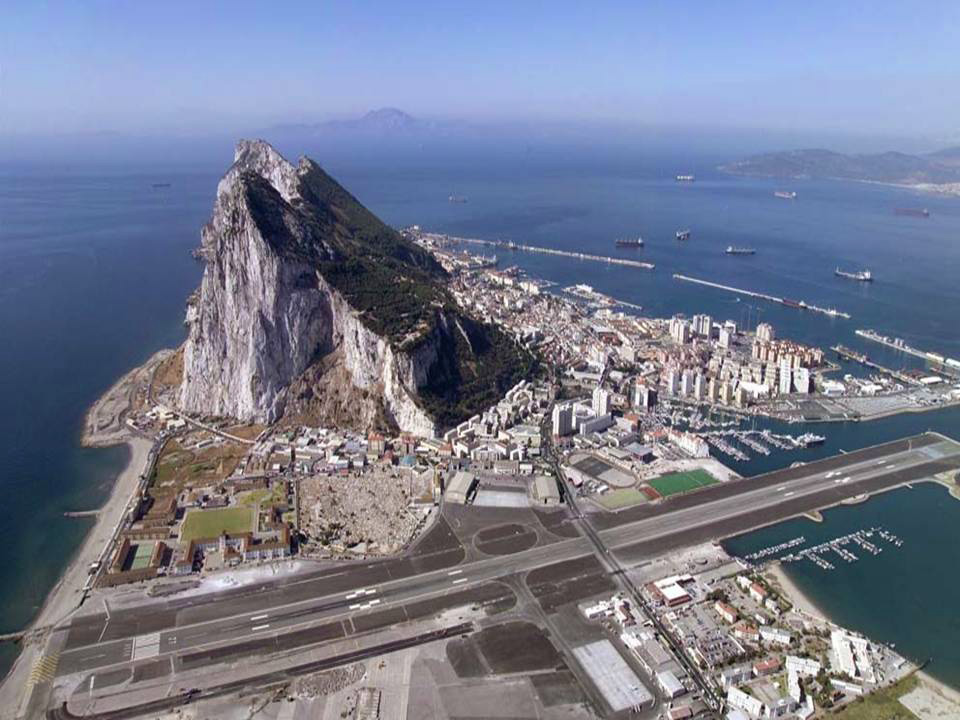 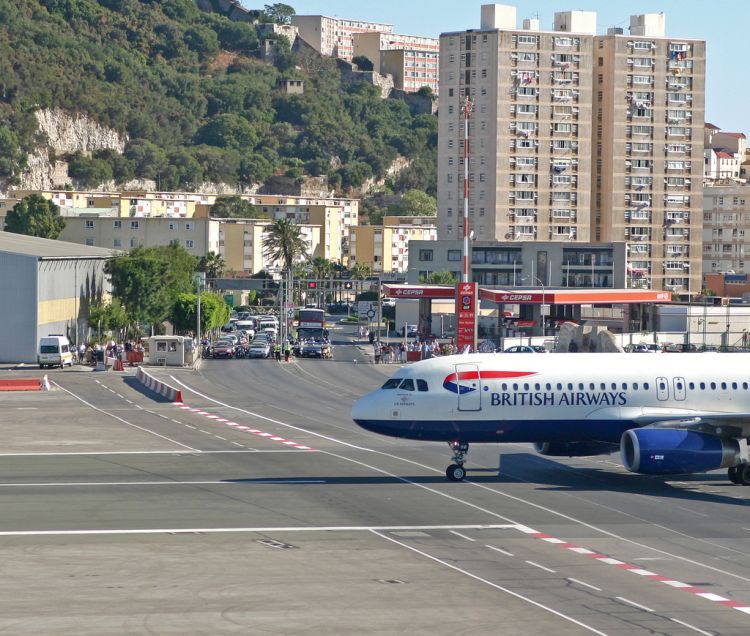 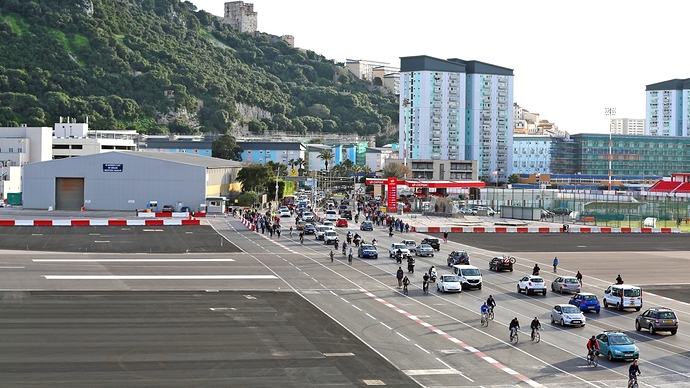 If nothing else I enjoy sharing this marvel of an airport with the rest of you airport lovers.
Cheers.

This. Is. Incredible. I have seen many pictures of this, I didn’t know BA operated there I thought it was EasyJet that really only operated. It looks amazing there.

This a very entertaining airport! Would love to see another small airport in game, I actually prefer small airports like INN over big ones in this game. The only thing why I play Washington is because of the fast money gain.

Thank you for sharing the pics!!!

Actually makes me want to visit it now

Oooh. I’d like this airport although the road would leave some development problems…

Thank you for giving back memories of this lovely strip and rock. I visited roughly ten years ago, and from quite a distance it just looks stunningly - although I probably would have felt quite claustrophobic living there

My airport suggestion: A Custom Airport!

I have a Concept Idea where you make your own airport. You can purchase with in game money for Stands and Terminals. (Their should be 3-9 options and a Ability to make your own via prebuilt terminals (customize Materials, Jet Bridges and towers.) There can be Runways you place. (Cannot be intersecting due to games mechanics) you should also be able to choose what airlines go there.

(Sorry for how short it is. Just thought of it now.(I was also told that this is going to hopefully be implemented so this is a concept/Suggestion).)

Yeah custom airports would be very cool. However I think that it is a huge, really huge(!) task for the developers to make this work. I think the game has a lot of easier and more important things that can be developped at this moment, but for long term, yes this would be cool to have in the game

True, I’m not saying it should be made now. But later on down the line (Year, 2 Years.) it would be a great idea. Especially when newer players start joining a lot more. It would be really cool to also see other player airports much like other building games (Sim City, Cities Skylines etc.)

How about adding World’s biggest airport, İstanbul İnternational Airport [IST]. It was opened 1 year ago and the transfer point of Turkish Airlines(The airline flying to the most countries.). The Airport has 6 runways (only 2 of 6 in use. Others in constraction). It has well over 5.2m passenger a month. Aiport can handle L planes and has a cargo compartmant that mostly used by Turkish Cargo. Can’t handle A380 and Boing 747-8 because they are abonded in Turkihs Republic but The airport handled 1 A380 because of an emergency landing of Thai Airlines. I know that seeing this Airport in game while playing right now because it is soo big but it can be added as an destination. 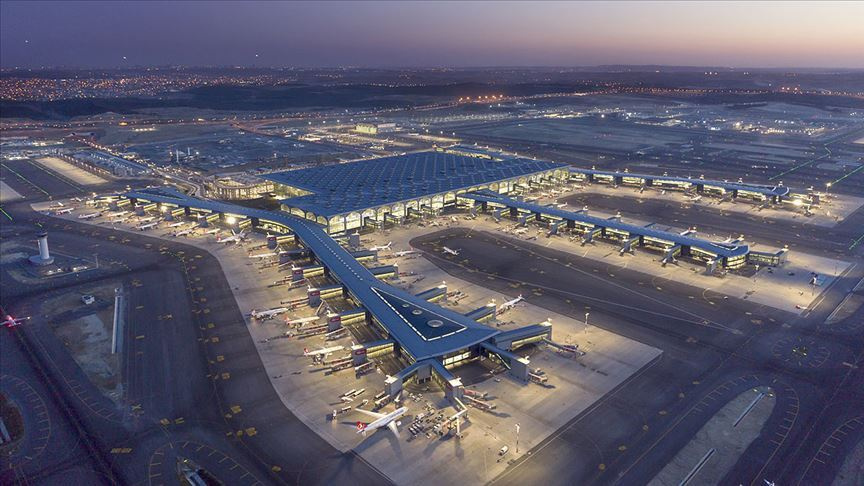 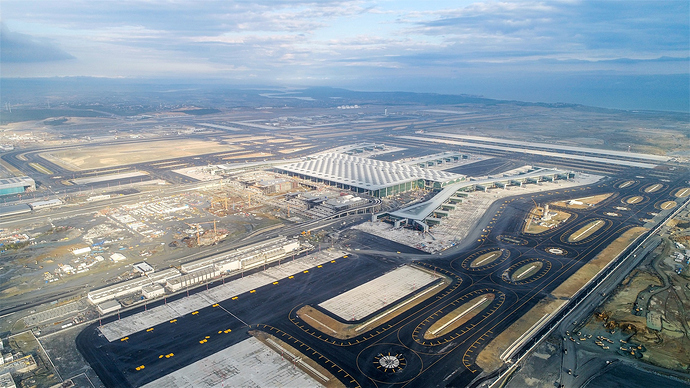 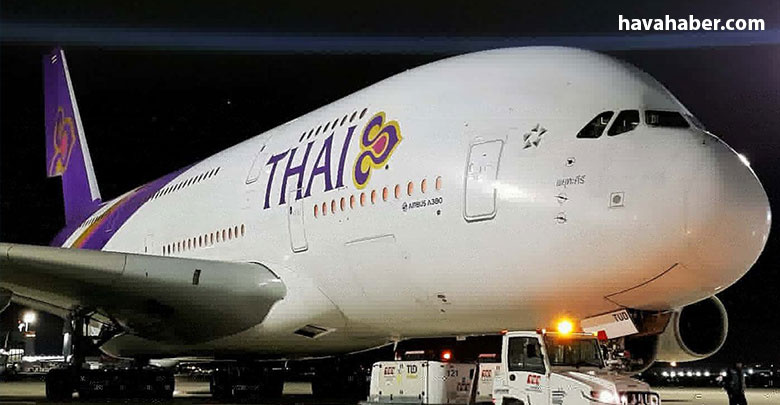 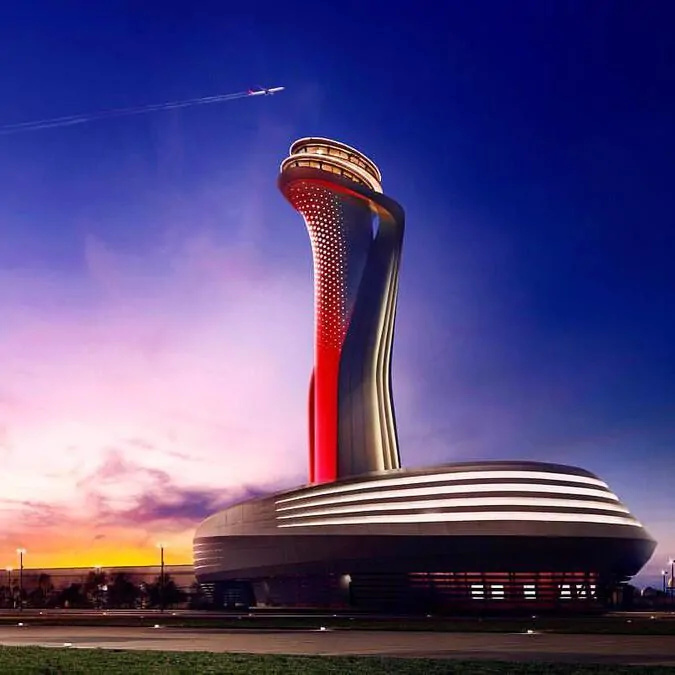 If there is a mistake gramaticly I am sory for that. My english isn’t very good.

Good idea but my phone (high end) struggles when IAD is busy. Maybe another time.