I cannot send my S or M planes from IAD to JFK. I have purchased the routes but they don’t show up in the list when I send my planes out.

from IAD, JFK is a maintenance only destination, so planes cannot be sent for any other reason and it won’t show up in the listing, so it’s not a bug, but deliberate game play.

Unable to deactivate the following flight at the IAD airport:

Infinite instances of the flight continue to fill up the arrival queue even when already cleared to land and/or being serviced. This is similar to the flights to/from player airports that couldn’t be deactivated when MCT was released. I searched the Bug Report threads as well as the forum and general and could not find the same issue reported (even though I thought I saw it somewhere before). My apologies if this actually is a duplicate.

There’s not meant to be a M form PRG-IAD…

I have the latest version available to me (1.4.2). Maybe I need to deactivate it from the PRG airport? Although I doubt that’s the issue. I think I’ll try clearing the app cache first. I’ll report back if that works or not…

None of that worked. Not sure why this is happening or what to do.

Contact the Devs, they will be able to help, that M is not meant to be there 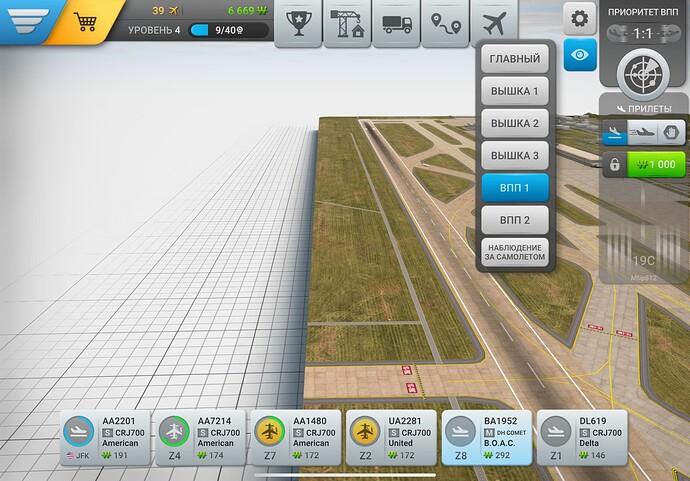 Game crashes and security problem after trying to send planes from IAD to JFK for maintenance. I even message them and it happened again.

Do what it says on the tin and ping them. They usually sort these out pretty quickly

I just had an issue a few minutes ago with IAD where I got an “Oops something went wrong please tap to reset” screen.

When I tapped to reset, all of the planes in my fleet vanished. When I went back to the main menu to look at my hanger, they also were nowhere to be found! It also wouldn’t let me do any upgrades or add any airport vehicles when they were originally available.

I did a full game reset and it solved the problem. Very odd though!

Yes it’s a recent bug that appeared. It has been identified and will be fixed at the next update

Excellent, thanks for the notice! I looked around and couldn’t see anything posted on it