Was just thinking about how planes (especially the larger ones) seem to slow down impossibly fast when landing and also how X size planes move as agile as S size planes. Wondering if movement speed could vary between airplane sizes. Like S planes resume taxiing faster, pick up speed for take off faster, or have faster landing speed than M planes. And M planes are slower than S planes. L planes are slower than M planes. And X planes are the slowest. Maybe also include that “delay” between lining up and starting the take off when the engines whine really loudly.

And for pushback, right now the game pushbacks the planes and rotates them on the spot but in real life the tugs turn the planes and continue a short distance backward along the taxiway before unhooking. 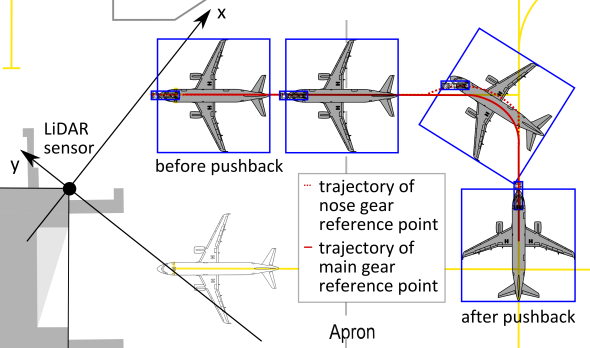 Are these ideas worth looking into?

For sure are worth

One thing I think would be nice, to add to the push and start process is the aircraft setting flaps for departure before they begin taxiing. A small but major improvement.

Your ideas are great and would really enhance the game, something I’m suprised hasn’t yet been implemented.

In reality though S planes have lower approach speeds, but even then the diference in speed on landing is minimal. (Dash 8 around 125ks vs A380 around 140kts)

I advocate for much shorter landing distances for L and X planes which is most cases can stop and vacate at the same exits as M planes. There is really no requiremnt to use the entire runway in IAD for X planes as they can make the same rapid exit as L.

As for pushbacks, procedures vary around the world as to where the tug is disconnected. At airports I operate from some push long, others will pull you forward after pushing, and others will turn you virtually abeam your parking bay much like the game. The current setup is probably the most effieiecnt to implement from a coding perspective and is realistic enough without hours of extra work for bay specific pushbacks

In reality though S planes have lower approach speeds, but even then the diference in speed on landing is minimal. (Dash 8 around 125ks vs A380 around 140kts)

This is already in the game. But it’s very hard to notice because like you said the difference is extremely small (like irl). As for L/X planes it seems the devs have started to let planes use the same exit as L planes after IAD (NGO-MCT). I havant unlocked LEJ yet so I don’t have info on which exit the X planes use

In Lej both L and XL use last exit. Most far.

Hm. Maybe I’m not explaining it right. I just think it looks like the planes slow down too fast sometimes. Especially the bigger ones. It doesn’t look physically plausible. And like we don’t see that subtle “pause” that bigger planes usually have before they actually start rolling forward for the take off after lining up. In both cases they sort of end up looking a bit “weightless”.

As for the pushbacks, I thought it might look visually cool to have some variation where possible. I understand the image I shared isn’t possible sometimes due to space constraints in some airports but it would be nice to see it happen in the airports where it can be done.

But I want to emphasise this is all just suggestion. If from a programming pov it’s not feasible or convenient, so be it. It’s not an end of the world issue. I’m cool with it. Will still play the game anyway.

It would be nice to make L/X planes to travel more distance on runway before they take off. They need longer distance to reach the take off speed. Now all the planes take off from the same point on the runway.

This feature was mentioned to devs several times. I am hoping that finally dream will come true

I would like to see landing gear going up after take off, has this been mentioned ro the devs?

New model for the 77W will have that feature

I would also like to see the gate marshaller have improved accuracy as every time the plane has stopped he is still marshaling, so its a bit delayed

That’s very true. A380 should be taking off nearly at end of the runway…

This topic was reported to devs very long time ago with movable gear. Movable gear come true so who knows