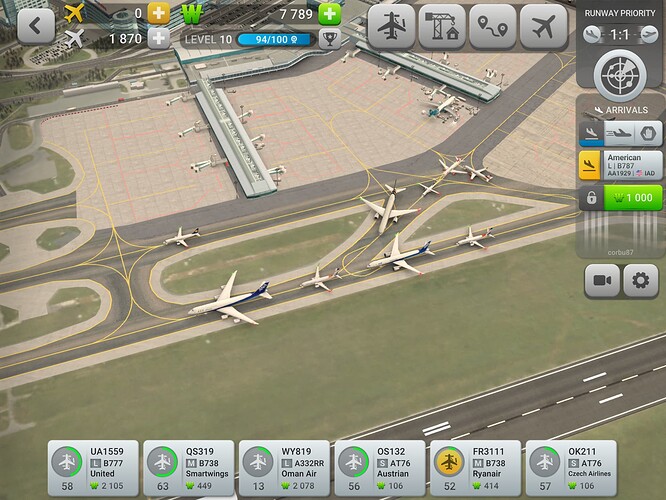 My game just crashes now as soon as I go into IAD. I also seem to have a higher flow of planes than normal. Before I used to have half my stands occupied at a time, now I am having most of them occupied. (Tried to get a photo but anything I do at the moment doest save, so I can’t show one)

Yes same issue with own planes at BURI.

Summary of issues found so far in last couple of days: 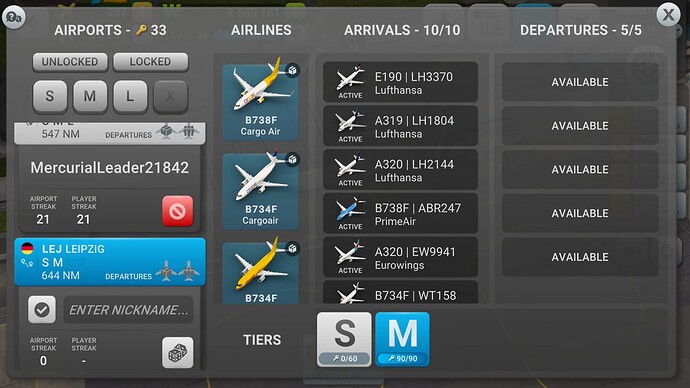 Please let us know and answer if any when you sort out non pushing back of aircrafts after service is done, it is really frustrating and annoying and waiting for any news
Thanks

I believe devs are aware of the issue, but takes time to review, fix and test. They will release it as soon as they can.

Bug fix for mentioned situation: - Player airplanes not leaving stands/gates after finished handling (at all airports)

- Bug fix for airplanes getting stuck while taxiing to the runway at PRG Prague airport - Bug appeared in game version 1.5.2

I believe it has to do with deicing, when planes are deiced, they all push back when done, when the weather does not require deicing, that’s when the bug kicks in, some push back and some don’t randomly and each time different stand, hope this remark will help developers
Thanks

Dear all,
Regarding, the flights arriving on all Airports, I have the issue that, after, 10 minutes playing, there is no more aircraft coming.
Also, when I try to open a new route, no aircraft visible

Not all destination send planes, some don’t have any to send.

Here no one send planes. I can choose all destination, it is the same, no planes

Seem to get this issue now

Now my player aircraft will not push back

This is like this after 3 hours after clicking takeoff

Each time I come out of the mini game, I get this

This is the same issue as skipping the landing minigame… I understand that this is annoying but a way to clear it is by going into the setting tab (next to the camera views) and disable the “Planes being handled button” and enabling it again to get rid of the yellow lines. It only happens when you are looking at the planes being handled, excluding the taxiing and landing planes.