updates, departure lane moves after the last X cargo (on the right most) departs

quite clear that X cargo holds everything

Hi Everyone,
I hope someone can help me with this, not sure if it’s IAD only related or a more general bug but I think it’s linked to the de-icer game that has been introduced, even after hitting the X on the game and letting it run automatically, there appears to be a leftover yellow shadow implying that I still have a task to do on the left hand side of my airplane list (see bottom left of picture), when is scroll to the left no tasks need doing. Not sure if this bug will disappear when you are able to turn the de-icer game off eventually

After last update i have problems with planes for takeoff.
I have 11 planes prepared for taxi to runway, but all are on stands.
I must always go to main menu and back to airport.

If stand 3 is occupied at PRG.
Planes can’t continue to runway OR to cargo stands until it departs 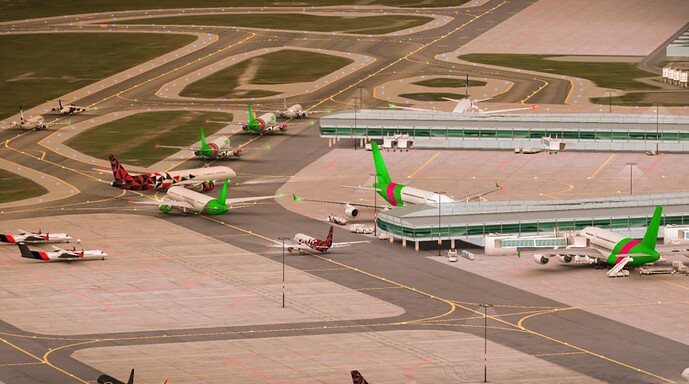 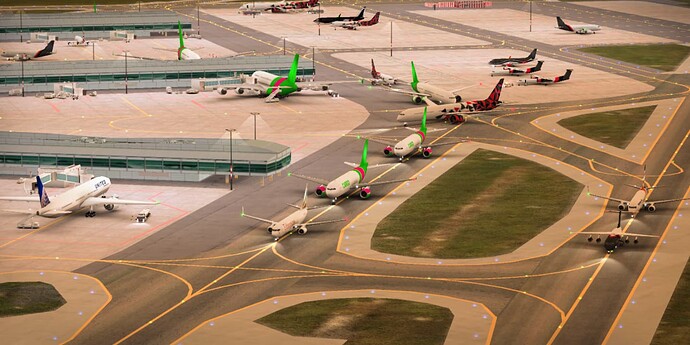 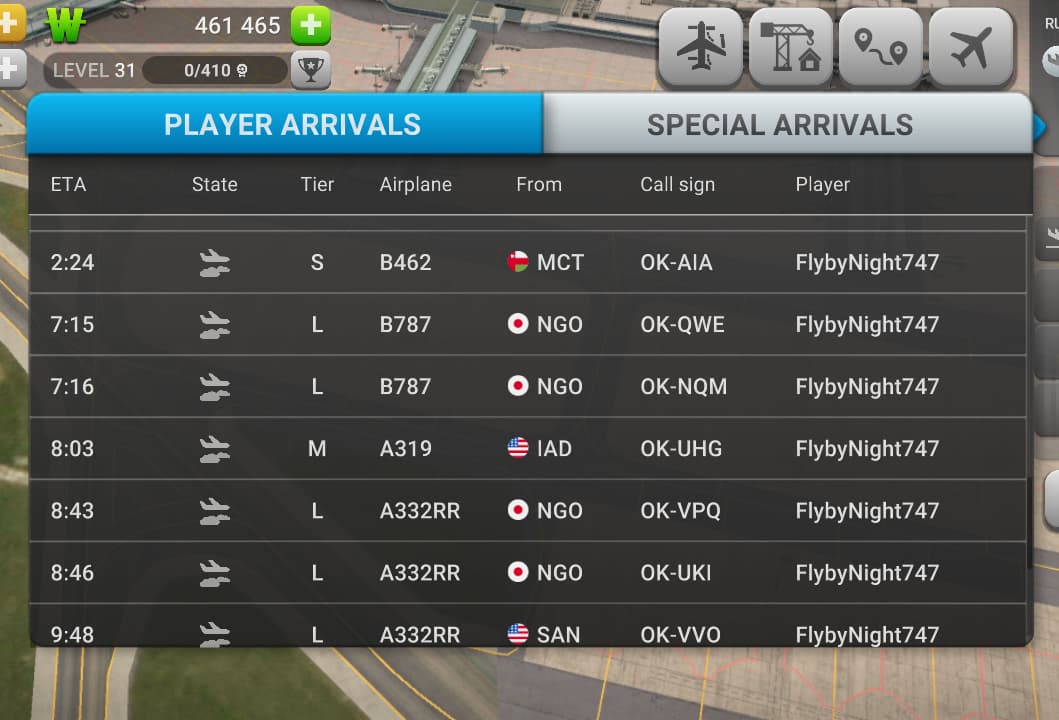 Why come my own planes from destinations I never sent them and at times that aren’t possible, because I didn’t play the airport for a while? 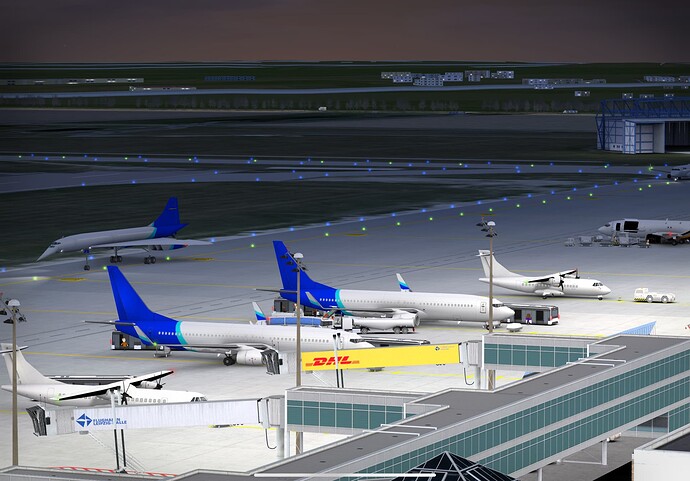 image1920×1341 207 KB
The ATR42 won’t push back, which is preventing the Concorde from reaching its gate, and blocking anything behind it. First time this has occurred.

After taking off from runway 08R / 26L, the aircraft shadows activate their headlights just before it disappears.

This bug is still around at LEJ.

Hi all, in BRI. i had 3 stands and everything else except cargo. Today only 2 stands, food cleaning…what happened? Therefore no new planes landing. Have 4 stands 2 small 2 med. Do i need to update?Also game crashing

Ok UPDATE. i updated game from playstore. 1 boarding stair returned. But now still missing 2 catering trucks. No new planes landing or in queue. Although i have 4 stand 1 on ground. Game loads slower than ever. Am i wasting my time on this game? Please fix

Positioning if Jetways for 737s at LEJ seems to have changed, they used to sit nicely on the aircraft and now it’s to high. 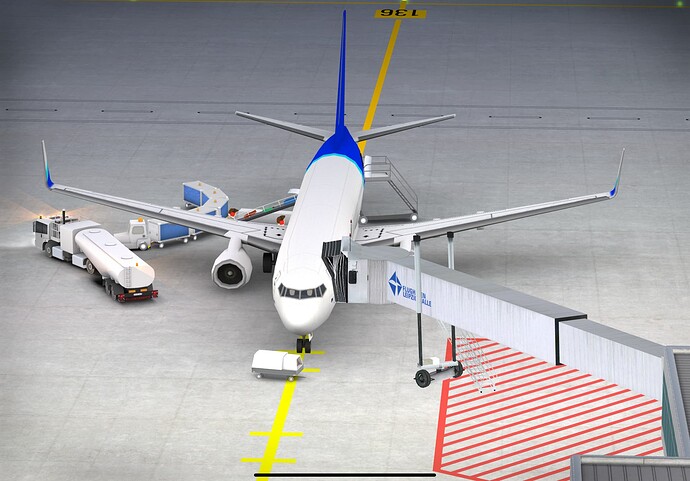 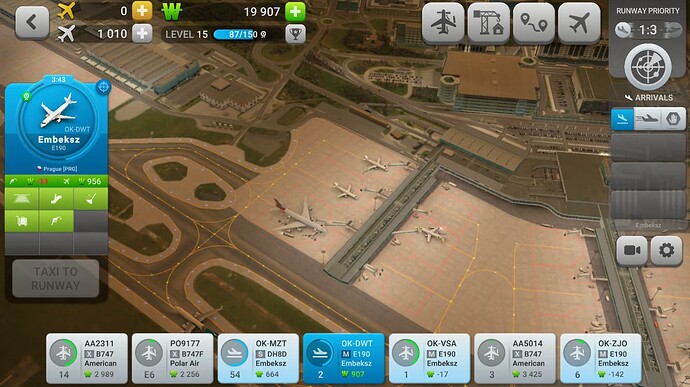 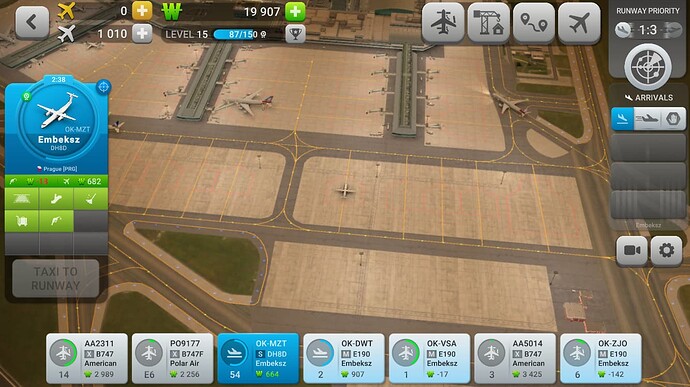 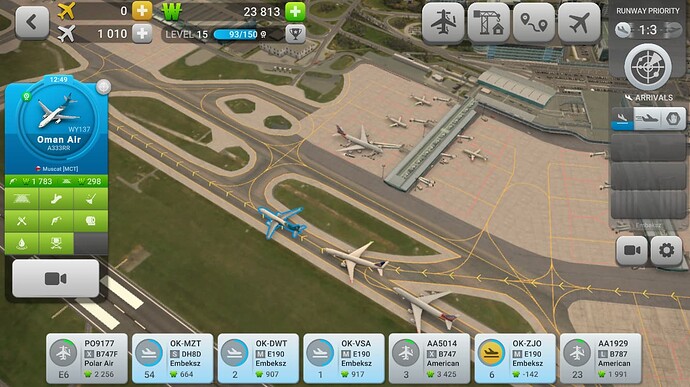 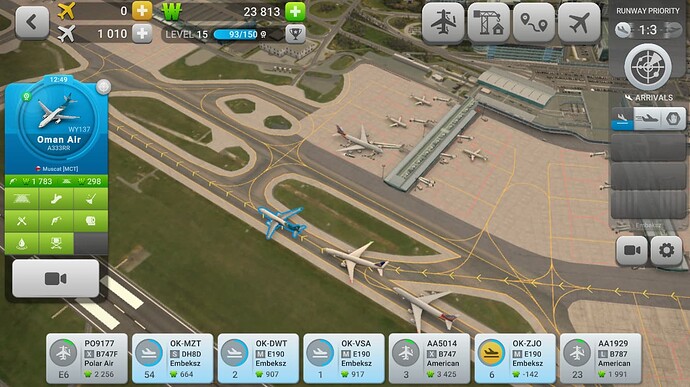 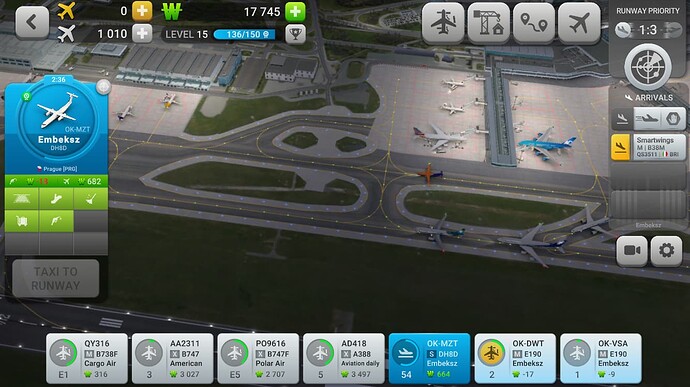 The update heating up my phone a lot and also draining battery faster. Whenever i play the game it’s always raise around 38°C to 40°C.

same here, pushback is stuck for own planes at LEJ. Need to restart to continue

I get a black screen when I start NGO airport.

My other airports are opening normally. Any suggestions?