Why isnt there a dedicated section for new players?

so i just started (holy crap is this addicting) and i just discovered this forum, but im not seeing a section for new players?

as ive played ive had some questions (for example what do keys do, or why am i only seeing one airline land at my airport, or most of all when i connect with another player why am i getting LESS money then if i was getting an AI plane)

EDIT, how is W calculated? Is it based of distance? Aircraft size? Im noticing as i play i get a variety of different prices as planes come in and out and i cant tell what determines what planes bring in more W and what ones bring in less

so how do i find the answers to my questions?

Tell me which keys. Are they yellow or silver in colour?

As the game had improved in the previous months, and the devs have added connections, you can only have the connections to airports which you have unlocked and and planes from that airport will come to your airport.

Ok lets answer these one by one

There is an in-game tutorial that explains some. Coming soon is a in/game WOA Wikipedia. And you can always ask questions here😐

What do new routes do?

Siver, the ones i get everytime i achieve a turn around in time

Silver ones are used for unlocking slots of arrivals/departures from a connection airport. You can unlock either an arrival slot for a plane to come to your airport or a departure slot for your planes to go to the other airport.

**Why is there only 1 airline landing at my airport **

At the start of each airport there is a bias to a specific airline. Ryanair in BRI, Smartwings in PRG, Southwest in SAN (in my experience). I made this picture early in SAN, but later on there to much airlines to duplicate this. 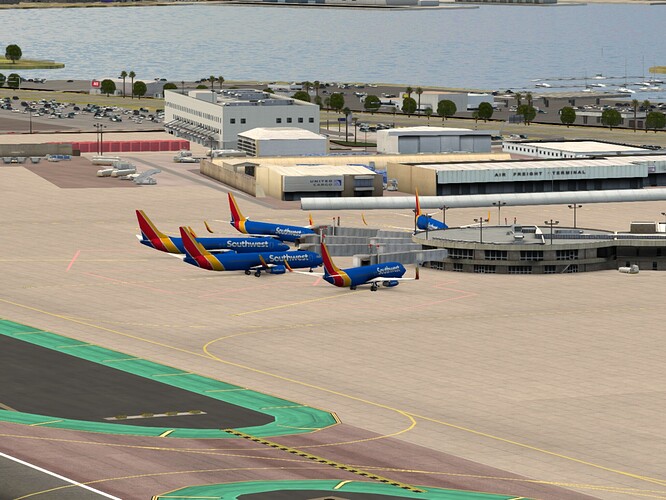 Here’s a pretty recent post I found useful when I was starting: Playing the game

Is that just a glitch?

Did you unlock M destinations? Ryanair flies 737,s. I played BRI a long time ago, so things might have changed.

Yeah, i unlocked a few, im starting ti get some variety but im still missing some of my eailer unlocks

No progress carries from airport to airport, also what do you mean by one Airline I saw two mainly Austrian and Czech Airlines but that’s about it

Yeah, some early airports have mainly the same aircraft Europe has the atr and the US and japan have the crj